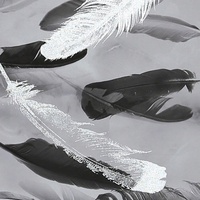 Sorry i dont know if this this is the right place to comment but im just looking for guidance.

Firstly, ive just got into a new relationship where im really happy but dont want to get too attached will this last?

I have come off contraception in hope i have another baby which me and my partner want together will this happen?

Also could i have a reading, dont wanna put my ins and outs
Thanks

You posted in the right place. Woohool. Well done for figuring it out.
I'm so sorry you have been through so so much. It's tough but I hope i'll be able to give you the guidance
that you are looking for. I believe we are drawn to places for a reason and I know Channy recommended us, I'm glad she did...

I'll get back to you in the next few days but in the meantime stay strong, post away, even if you would just like to vent or talk. Don't feel like you have to suffer in silence. As well as being a spiritual community and readers, we have a lot of interest in helping and supporting people through no matter what they are going through. Sisters stick together.

Take care and hang in there. You're not alone

Thank you I appreciate this so much 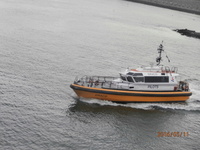 
Things is looking good for you


I hope that was ok it was

Tegan20 wrote:Sorry i dont know if this this is the right place to comment but im just looking for guidance.

Firstly, ive just got into a new relationship where im really happy but dont want to get too attached will this last?

I have come off contraception in hope i have another baby which me and my partner want together will this happen?

Also could i have a reading, dont wanna put my ins and outs
Thanks

Thanks so much for being patient

I hope you have been doing ok


I'm going to start with where i'm drawn first, in regards to another baby I do see another one coming along. I feel the next baby will be a girl as well and feel as though it'll happen quite soon. I don't like giving time estimates because it takes the peace/enjoyment/surprise element out of it and no longer is a surprise but I will tell you it's within a year you'll fall pregnant after coming off of the meds. I don't see any issues but I feel you'll be prone to hyperemesis .. nausea will be a bit wild for a little while with next one.

I'm sorry you're in a hostel that sucks. I know you are itching to get out of there... And I can feel why you are frustrated. The environment isn't really good in that place, I almost feel as if i'm there with you and it feels as though you don't have the space, privacy or too many resources around. A year is a long time. Again I feel as though you'll be housed by Christmas thankfully I'm seeing a move but the time I see it happening is in the early winter. It's cold, I can see you wrapped up in a coat and scarf and you are taking packed boxes and tupperware getting ready to go to your new place. I feel as though you're going to be put in a nice cul-de-sac apartment. I say apartment because I see you being on the 1st floor - not the ground floor but the second floor up, I see you looking down out of a window and it's close by to a railway station because I can hear the trains. I see a tesco supermarket quite close by as well - just stands out to me so mentioning it. The area seems pretty nice to me, there's a field and a park and the school close by is pretty good for your little one. You're going to like it there and have nice neighbours and your mental health is going to improve a lot. I hope you can hang on because it's only a few months away now. I feel the likelihood is you wont be at the top of the list but someone else is going to turn it down and you'll be next in line, so don't feel disheartened or put off if others are also viewing the same property. I don't know if it's the same where you live but women in hostels are usually only given one viewing and if you refuse it they tend to be pretty harsh about it all. So they kjnd of corner you in to accepting it. It's going to be ok , the place is nice and from what I'm seeing - I would see myself living there, you're going to like it a lot

As for your current relationship - I like him. Based on his energy and how I can tell he feels about you, he seems to really want this as much as you do and I see him wanting to be on board with your baby (and have another and be a father to both). It's definitely going to take a bit more time for you both to fully feel at ease with one another, especially when it comes to living in the same space together. Naturally there are differences between you both, you are neater, he is more laid back and it might feel at times that he's not really doing as much as he could, but they are all small issues that you are both going to be able to work through together by talking to one another. I feel as though he is way better for you than others who you have dated in the past. He has made mistakes and his past relationships haven't been too good but I do feel as though he has grown, developed and has matured after what he has been through. He has a few enemies I can see that but regardless of what is said about him, it is between you both - you and him only - and he's changed. I pick up that he had a lot lacking growing up and is using that as his strength - he wants to be a good father and be there for his partner and children (you, your baby) and I don't see any intentions of him wanting to cheat or leave or anything. It's going to be pretty plain-sailing and I know you are afraid to fully trust but time is going to prove to you that he's willing to do what he can. I know for certain that once you are housed your stress levels are going to go way down, which will have a positive effect on your relationship as well. Any issues now or in the recent past are purely down to you both being a bit stressed out. It's going to be ok, I just encourage you to talk to him whenever you start feeling remotely pissed off about something before it gets worse. Don't wait until you can't take it anymore - bring it up before it gets to that point

You can post them here but no pressure. I have to go out soon so going to finish this first part will elaborate a bit more later today. I just didn't want you to feel forgotten