In a new study published in the Monthly Notices of the Royal Astronomical Society, astronomers analyzed wide-field deep images of the Sombrero galaxy’s outskirts obtained with a small amateur telescope with the purpose of detecting any tidal structures — such as stellar streams and tails — from the possible ancient merger.

The Sombrero galaxy is located approximately 28 million light-years away in the constellation of Virgo.

It has a diameter of approximately 49,000 light-years, about 3 times smaller than our Milky Way Galaxy. 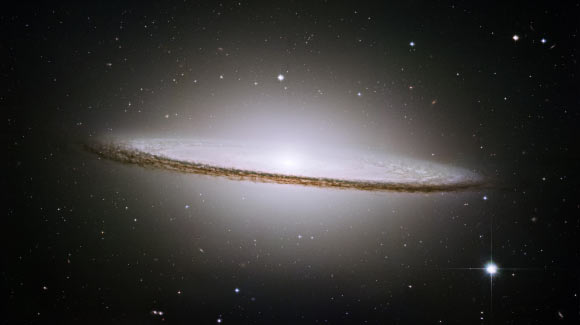 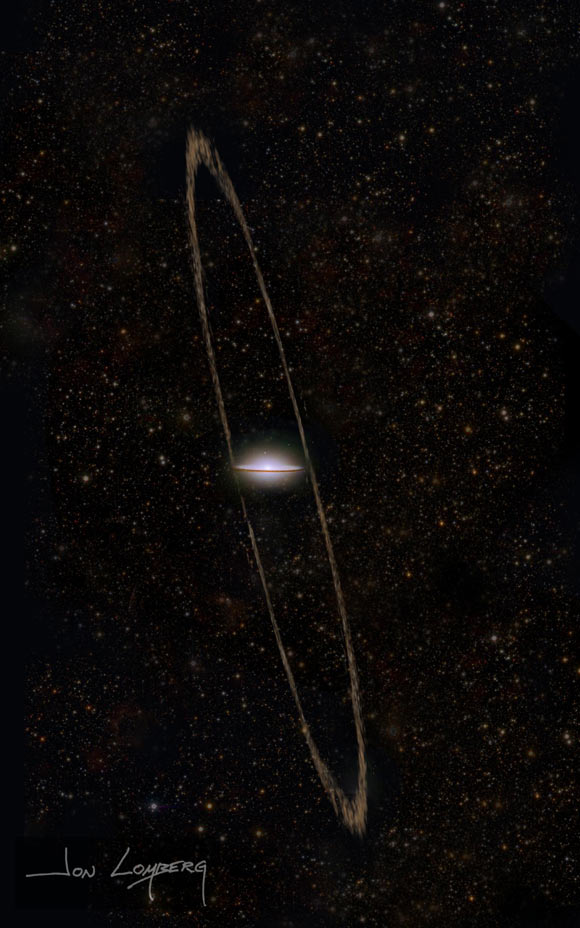 An artist’s impression of the tidal stream around the Sombrero galaxy.

Like the Milky Way, Sombrero is a spiral galaxy. However, we see Sombrero edge-on from our vantage point from Earth, rather than the face-down perspective that is more familiar.
_________________