Astronomers from the Event Horizon Telescope (EHT) Collaboration have imaged a jet in the heart of the nearby radio galaxy Centaurus A and identified the location of the galaxy’s central supermassive black hole with respect to its resolved jet core.

Centaurus A is located some 13 million light-years in the constellation of Centaurus.

First discovered in 1826 by the Scottish astronomer James Dunlop, it is a massive elliptical radio galaxy — a galaxy which emits strong radio waves — and is the most prominent, as well as by far the nearest, radio galaxy in the sky. 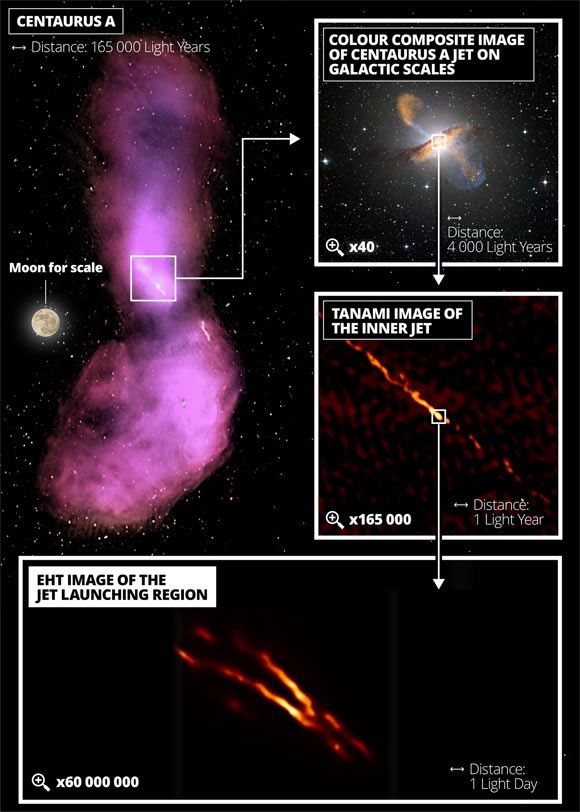 Distance scales uncovered in the Centaurus A jet from the extended radio structure (outer radio lobes) covering 8 degrees in the sky along the inner radio lobes and the optical galaxy (40x zoom), the inner radio jet obtained with the TANAMI telescopes (165,000x zoom) and the new highest resolution EHT image of the jet launching region (60 million x zoom).