When the titans of space—galaxy clusters—collide, extraordinary things can happen.

In a new study of the galaxy cluster Abell 1775, located about 960 million light years from Earth, a team of astronomers led by Andrea Botteon from Leiden University in the Netherlands announced that they found a spiral-shaped pattern in Chandra's X-ray data.

These results imply a turbulent past for the cluster.

When two galaxy clusters of different sizes have a grazing collision, the smaller cluster will begin to plow through the larger one.

(Because of its superior mass, the bigger cluster has the upper hand when it comes to gravitational pull.)

As the smaller cluster moves through, its hot gas is stripped off due to friction. This leaves behind a wake, or tail, that trails behind the cluster.

This can cause the tail to "slingshot" as it flies to the side, curving as it extends away from the cluster's center. 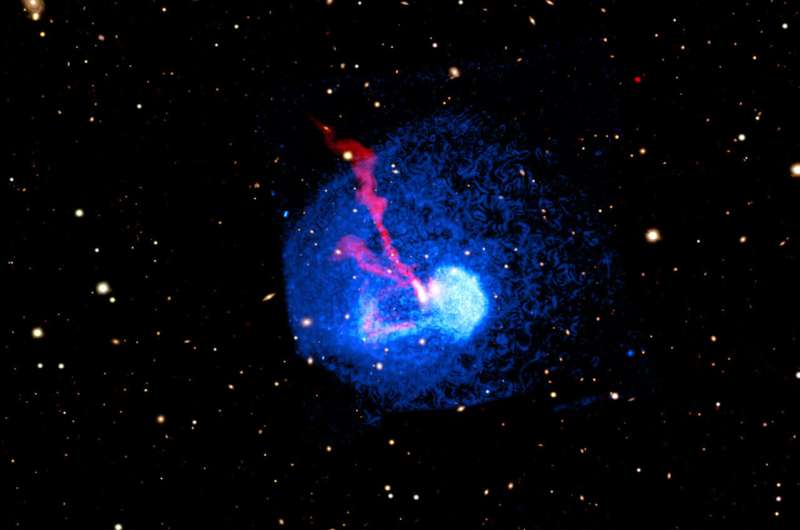 The newest Chandra data contains evidence—including the brightness of the X-rays and the temperatures they represent—for one of these curving "slingshot" tails.

Previous studies of Abell 1775 with Chandra and other telescopes hinted, but did not confirm, that there was an ongoing collision in this system.