Gravitational microlensing is an observational effect that was predicted in 1936 by Albert Einstein using his general theory of relativity.

When one star in the sky appears to pass nearly in front of another, the light rays of the background source star become bent due to the gravitational attraction of the foreground star.

This star is then a virtual magnifying glass, amplifying the brightness of the background source star, so astronomers refer to the foreground star as the lens star.

If the lens star harbors a planetary system, then those planets can also act as lenses, each one producing a short deviation in the brightness of the source.

Roughly one out of every million stars in our Milky Way Galaxy is visibly affected by microlensing at any given time, but only a few percent of these are expected to be caused by extrasolar planets. 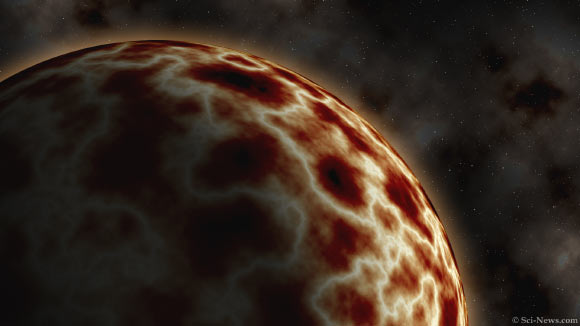 An artist’s impression of a free-floating exoplanet.

There's a huge amount of variety among exoplanets – planets outside our solar system.

The Kepler Telescope was built for one purpose; to look at a certain patch in the Milky Way in search of exoplanets.