The NASA/ESA Hubble Space Telescope has captured a striking photo of part of the Perseus cluster, a collection of thousands of galaxies approximately 240 million light-years from Earth.

Approximately 11 million light-years across, the Perseus cluster is named for its host constellation.

Also known as Abell 426, it is one of the most massive objects in the observable Universe, containing over 1,000 galaxies immersed in a vast gas cloud. 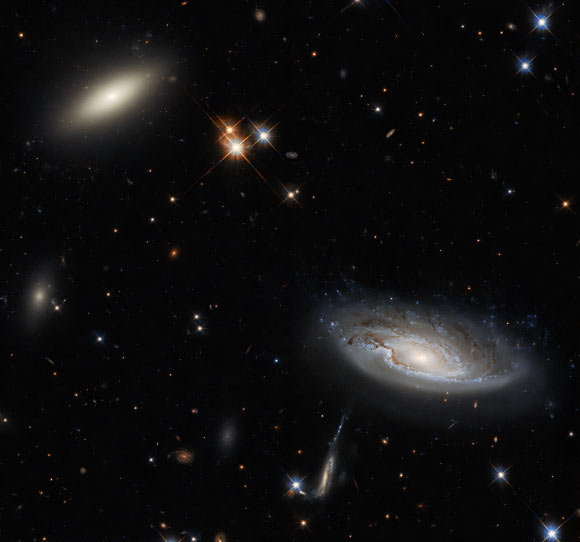