ZTF J1901+1458 is located approximately 130 light-years away in the constellation of Aquila.

The white dwarf is about 100 million years old, and has an extreme magnetic field almost 1 billion times stronger than our Sun’s.

It has a rotation period of 6.94 minutes — unusually short for a white dwarf, as white dwarf rotational periods typically are upwards of hours.

“ZTF J1901+1458 is heavy, packing a mass greater than that of our Sun into a body about the size of our Moon,” said Dr. Ilaria Caiazzo, an astronomer in the Division of Physics, Mathematics and Astronomy at Caltech.

“It may seem counterintuitive, but smaller white dwarfs happen to be more massive.” 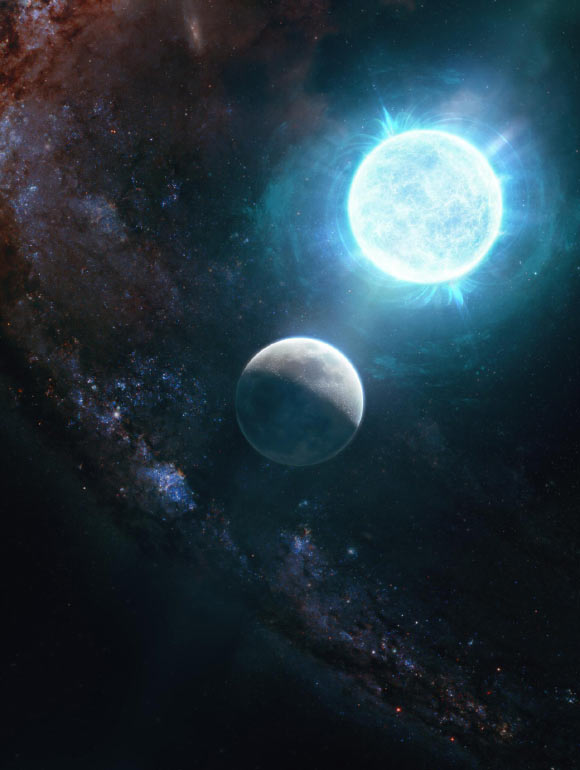 While most white dwarfs form from single stars at the ends of their lives, this one’s extreme mass indicates that it may be the end result of a merger of two white dwarfs.
_________________