Astronauts Thomas Pesquet of France and Shane Kimbrough of the United States spacewalked outside the International Space Station on Wednesday as they began the painstaking process of installing new solar panels to boost the orbital outpost's deteriorating power systems.

It was the first of several excursions to augment the ISS's existing eight solar arrays, with the first pair operating continuously since December 2000. 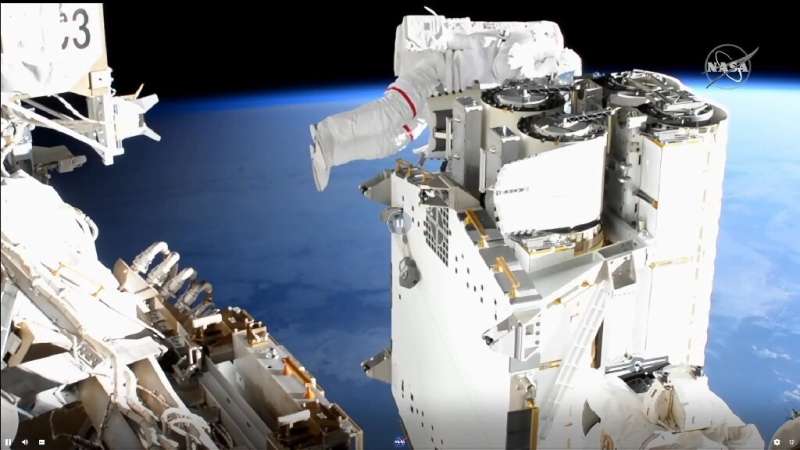