Not long ago, we reported on research that found seven separate instances of three galaxies colliding with one another.

Now, a team led by Jonathan Williams of the University of Maryland has found another triple galaxy merging cluster, but this one might potentially have two active supermassive black holes, allowing astronomers to peer into the system dynamics of two of the universe's most extreme objects running into one another. 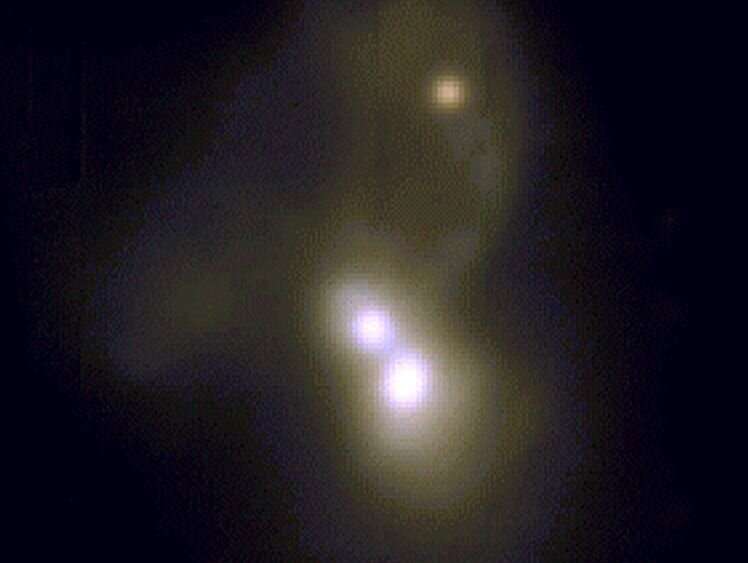