A young open cluster called NGC 2516 has a classical tidal radius of 10 parsecs (33 light-years) and a halo of stars spanning at least 500 parsecs (1,600 light-years), according to new research led by Princeton University astronomers.

NGC 2516 is an open star cluster located 1,217 light-years away in the southern constellation of Carina.

Also known as Caldwell 96, the Southern Beehive, and the Sprinter, it was discovered by the French astronomer Nicolas-Louis de Lacaille in the 1750s. 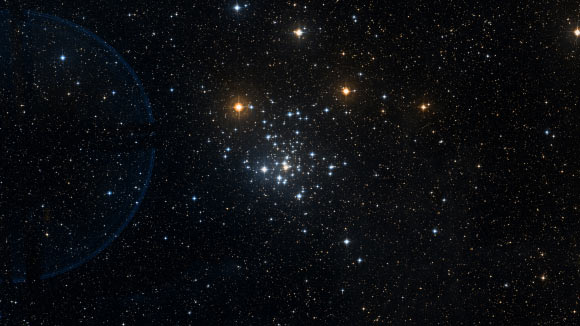