However, that remarkable achievement was just the beginning of the science story to be told.

Data from 19 observatories are being released that promise to give unparalleled insight into this black hole and the system it powers, and to improve tests of Einstein’s General Theory of Relativity.

The Atacama Large Millimeter/submillimeter Array (ALMA) participated in the EHT observations in April 2017, and also produced an image of the larger scale jet emanated from the vicinity of the massive black hole. 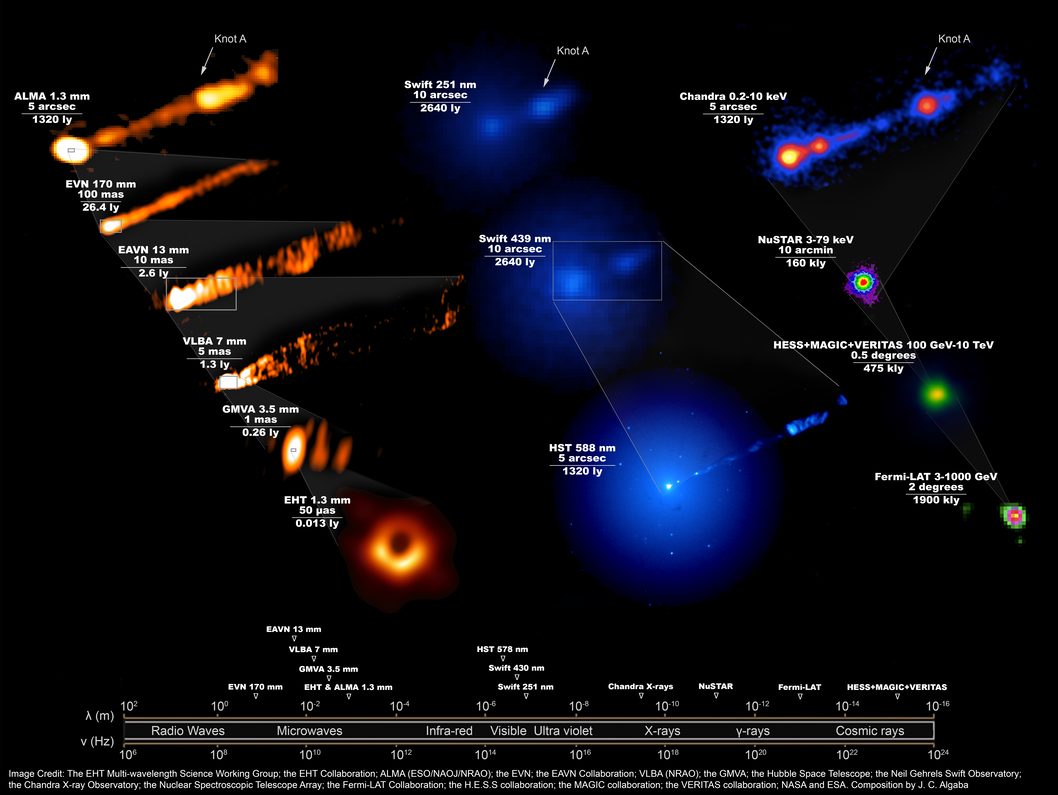 Composite image showing how the M87 system looked, across the entire electromagnetic spectrum, during the Event Horizon Telescope’s April 2017 campaign to take the iconic first image of a black hole.

Requiring 19 different facilities on the Earth and in space, this image reveals the enormous scales spanned by the black hole and it forward-pointing jet, launched just outside the event horizon and spanning the entire galaxy.

The upper left of the figure is an image taken by ALMA, showing the larger-scale jet observed on the same scale as the visible image taken by the Hubble Space Telescope and the X-ray image by Chandra (upper right). 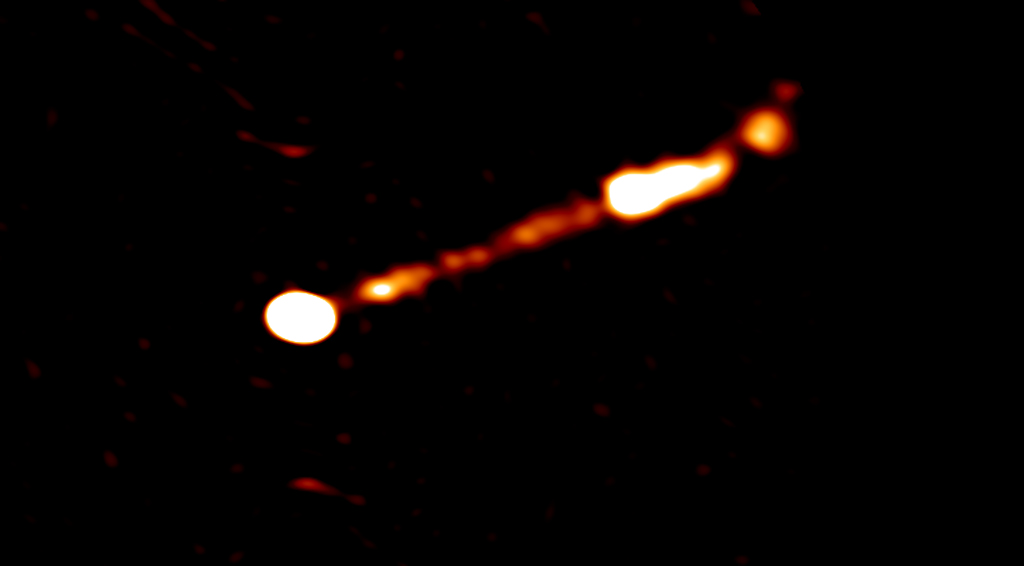 » Most detailed observations of material orbiting close to a black hole
» What does a black hole look like?
» First ever image of a black hole revealed
» A black hole slashed a star apart
» First detection of light from behind a black hole
Current date/time is Thu May 19, 2022 2:09 pm