Hubble finds the calm after the galactic storm

Hubble finds the calm after the galactic storm 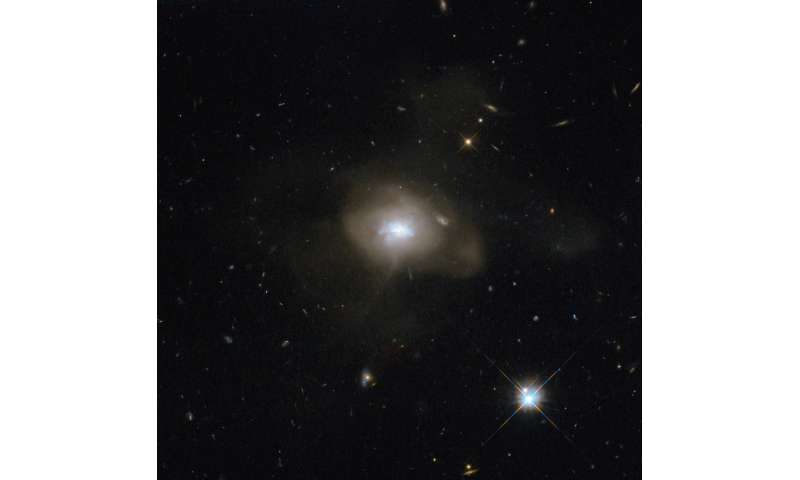 The NASA/ESA Hubble Space Telescope caught sight of a soft, diffuse-looking galaxy that is probably the aftermath of a long-ago galactic collision. Two spiral galaxies, each perhaps much like the Milky Way, swirled together for millions of years.

In such mergers, the original galaxies are often stretched and pulled apart as they wrap around a common center of gravity. After a few back-and-forths, this starry tempest settles down into a new, round object. The now subdued celestial body, cataloged as SDSS J162702.56+432833.9, is technically known as an elliptical galaxy.

Re: Hubble finds the calm after the galactic storm