NASA's OSIRIS-REx spacecraft is 328,000 miles, or 528,000 kilometers, away from the asteroid Bennu, having fired its engines on May 10 to initiate a return trip to Earth.

The spacecraft is on track to deliver an asteroid sample to Earth on September 24, 2023. 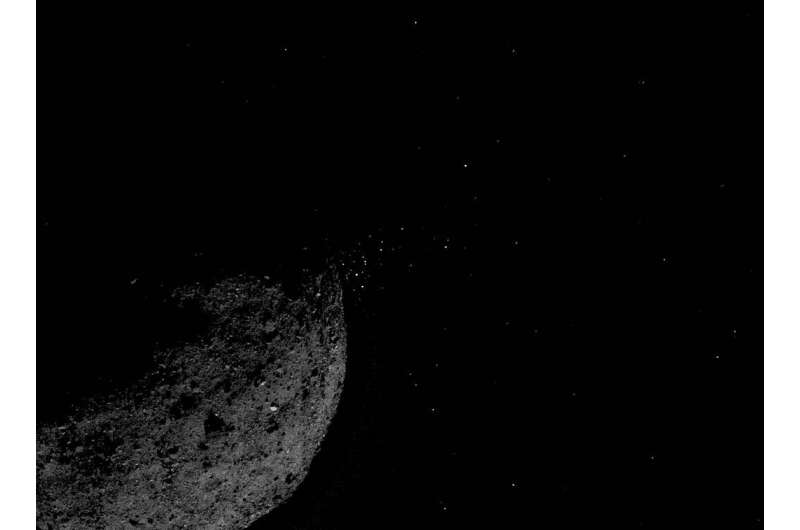 After nearly five years in space, NASA’s OSIRIS-REx spacecraft is on its way back to Earth with an abundance of rocks and dust from the near-Earth asteroid Bennu.

On Monday, May 10, 2021, at 4:23 p.m. EDT the spacecraft fired its main engines full throttle for seven minutes – its most significant maneuver since it arrived at Bennu in 2018.

This burn thrust the spacecraft away from the asteroid at 600 miles per hour (nearly 1,000 kilometers per hour), setting it on a 2.5-year cruise towards Earth.

After orbiting the Sun twice, the OSIRIS-REx spacecraft is due to reach Earth Sept. 24, 2023.

Upon return, the capsule containing pieces of Bennu will separate from the rest of the spacecraft and enter Earth’s atmosphere.

The capsule will parachute to the Utah Test and Training Range in Utah’s West Desert, where scientists will be waiting to retrieve it.
_________________