In 1977, planetary scientists predicted the existence of helium rain layer inside such planets.

However, achieving the experimental conditions necessary to validate this hypothesis hasn’t been possible — until now.

“We discovered that helium rain is real, and can occur both in Jupiter and Saturn,” said Dr. Marius Millot, a physicist at Lawrence Livermore National Laboratory.

“This is important to help planetary scientists decipher how these planets formed and evolved, which is critical to understanding how the Solar System formed.”

“Jupiter is especially interesting because it’s thought to have helped protect the inner-planet region where Earth formed.

We may be here because of Jupiter,” added University of California, Berkeley’s Professor Raymond Jeanloz. 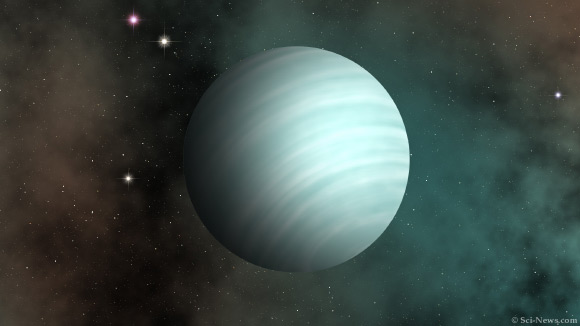 An artist’s impression of the ultra-short-period sub-Neptune exoplanet TOI-1634b.

A Hubble Space Telescope study of GJ 1132 b may have revealed that the exoplanet developed a second atmposhere after the first was stripped away by the intense radiation of its host star.
_________________

An international team of astronomers, including a group from the University of Warwick, have discovered the first Ultra Hot Neptune planet orbiting the nearby star LTT 9779.

The world orbits so close to its star that its year lasts only 19 hours, meaning the stellar radiation heats the planet to over 1700 degrees Celsius.

Although the world weighs twice as much as Neptune does, it is also slightly larger and so has a similar density.

Therefore, LTT 9779b should have a huge core of around 28 Earth-masses, and an atmosphere that makes up around 9% of the total planetary mass.

The system itself is around half the age of the Sun, at 2 billion years old, and given the intense irradiation, a Neptune-like planet would not be expected to keep its atmosphere for so long, providing an intriguing puzzle to solve; how such an improbable system came to be.
_________________