The Aesir, including Odin, Thor, Loki, Heimdall, and Freyr, oversee these worlds alongside a panoply of sentient and powerful animals.

Few of these creatures is as well-known as Sleipnir, the eight-legged horse of Odin.

Sleipnir is easily identified in Norse art, as on Sweden’s Tjängvide and Ardre VIII picture stones.

With eight legs, Sleipnir would be faster than any other horse, suited for the king of the gods himself.

Historian Hilda Ellis Davidson has speculated that the stallion’s eight legs could be symbolic of a shaman’s afterlife journey.

This wonderous steed’s eight legs equaled the number of legs of a standard set of litter-bearers.

Four men carrying a casket – taking a soul to another world – also stand upon eight legs.

Odin’s affiliation with the afterlife lends credence to this idea. 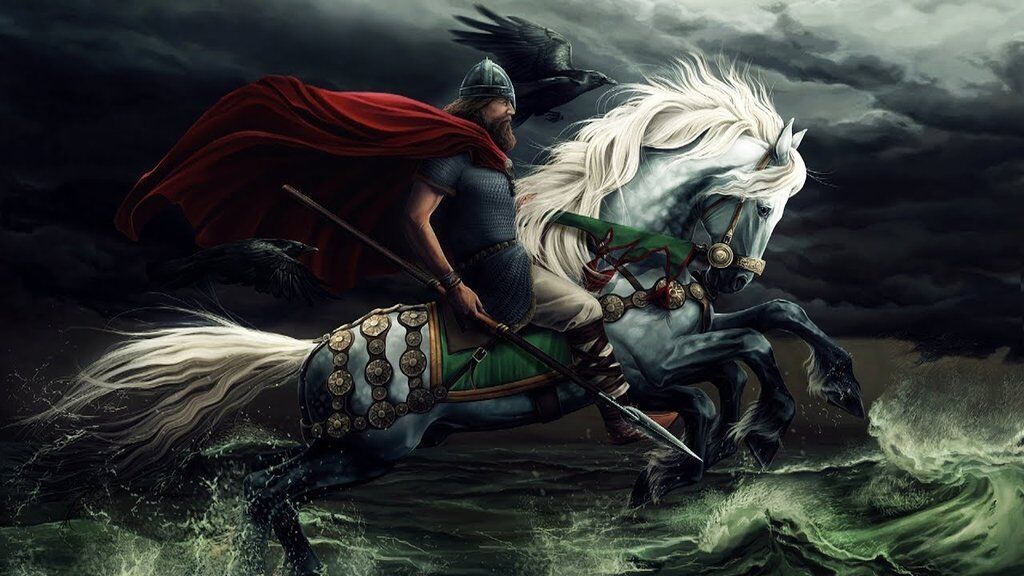 The Tjängvide image stone depicts Odin, or some other man, arriving in Valhalla on Odin’s horse. 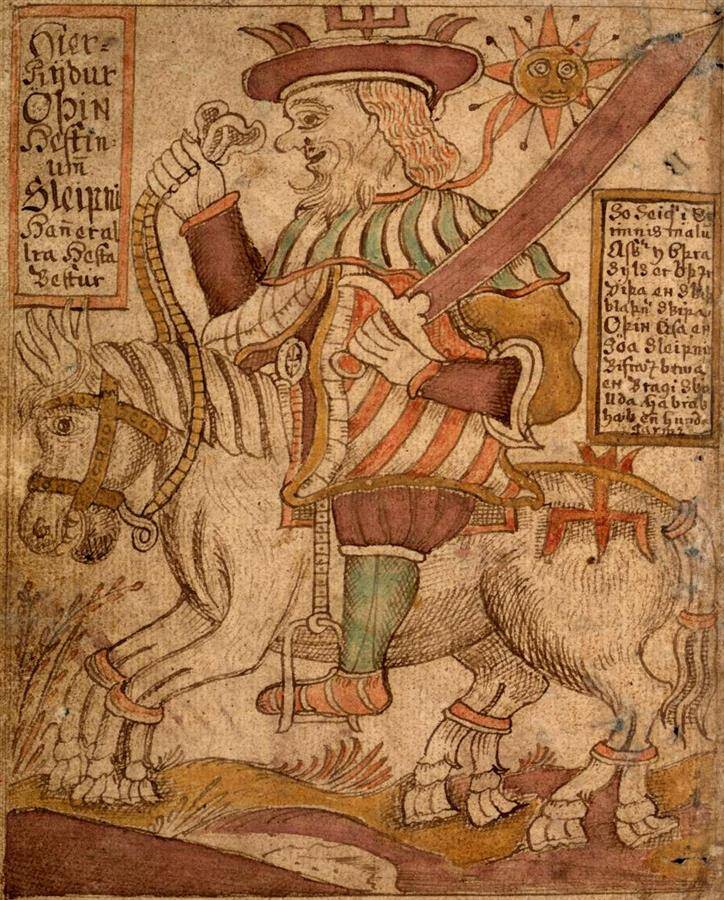