NGC 2276 is located 120.5 million light-years away in the constellation of Cepheus.

“The new image showcases the unusually contorted appearance of NGC 2276, an appearance caused by two different astrophysical interactions: one with the superheated gas pervading galaxy clusters, and one with a nearby galactic neighbor.”

“The interaction of NGC 2276 with the intracluster medium — the superheated gas lying between the galaxies in galaxy clusters — has ignited a burst of star formation along one edge of the galaxy,” they added. 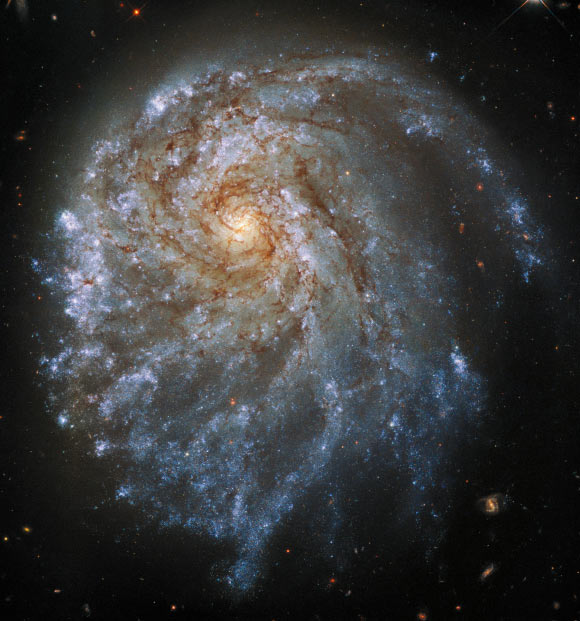 This Hubble image shows the trailing arms of the spiral galaxy NGC 2276.

The color image was made from separate exposures taken in the ultraviolet, visible and near-infrared regions of the spectrum with Hubble’s Wide Field Camera 3 (WFC3).

It is based on data obtained through five filters. The color results from assigning different hues to each monochromatic image associated with an individual filter.