Using NASA’s Chandra X-ray Observatory and the MeerKAT radio telescope in South Africa, an astronomer from the University of Massachusetts, Amherst has mapped the central region of our Milky Way Galaxy.

“The galaxy is like an ecosystem,” said Professor Daniel Wang, an astronomer in the Department of Astronomy at the University of Massachusetts, Amherst.

“We know the centers of galaxies are where the action is and play an enormous role in their evolution.”

“And yet, whatever has happened in the center of our own Milky Way Galaxy is hard to study, despite its relative proximity to Earth, because it is obscured by a dense fog of gas and dust.”

The team’s findings give the clearest picture yet of a pair of X-ray-emitting plumes that are emerging from the region near the massive black hole lying at the center of our Galaxy. 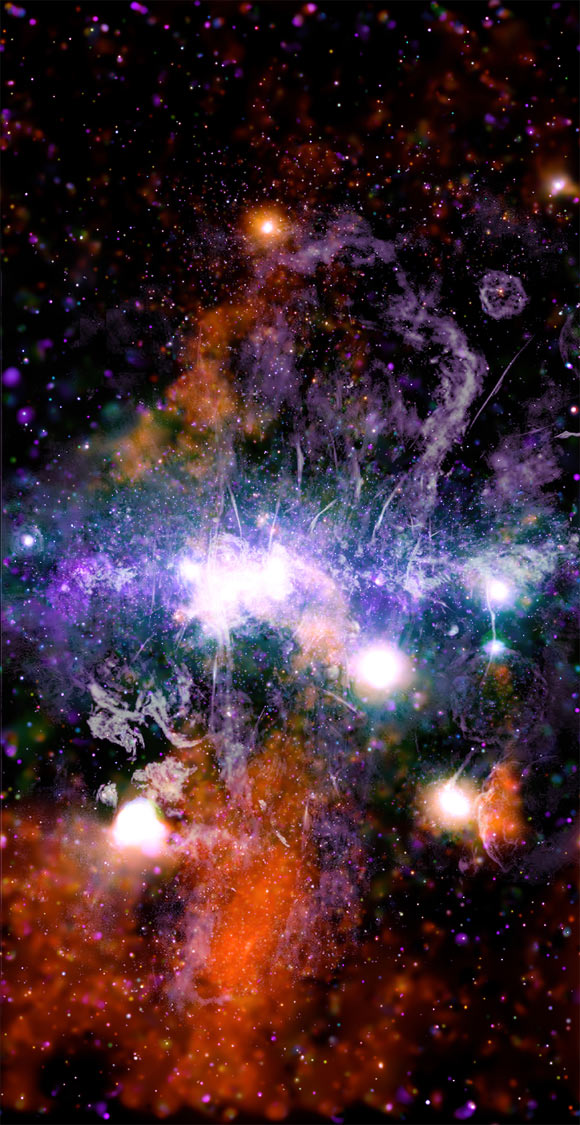 This panorama shows the central region of the Milky Way Galaxy. It builds on previous surveys from NASA’s Chandra X-ray Observatory and other telescopes, and expands Chandra’s high-energy view farther above and below the plane of the Galaxy than previous imaging campaigns.

X-rays from Chandra are orange, green, and purple, showing different X-ray energies, and the radio data from MeerKAT are gray. 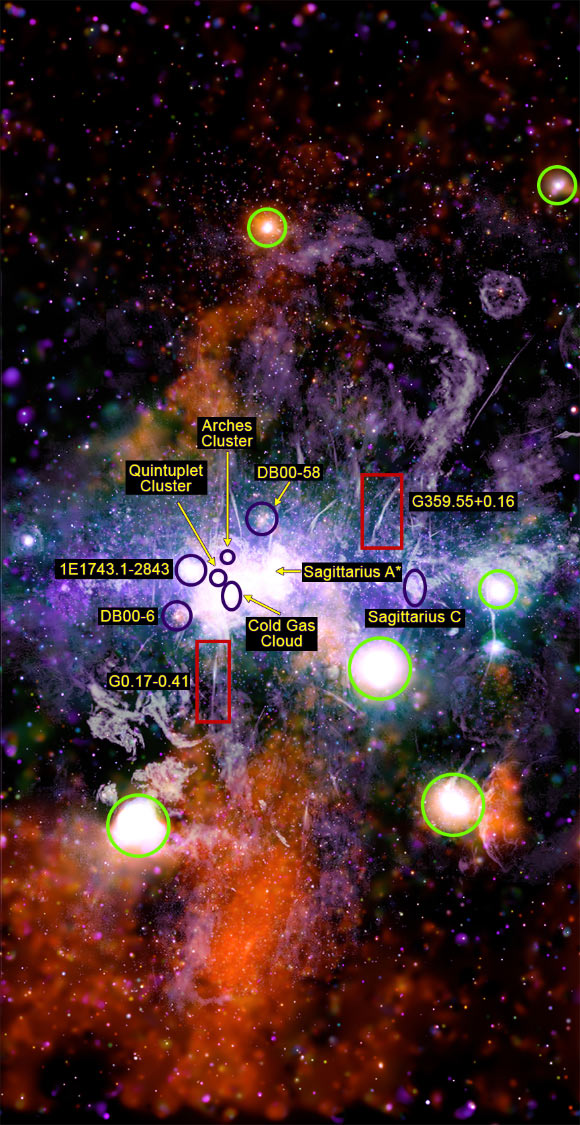 A labeled version of the panorama of the Milky Way’s central region.

A New Panorama of Our Galactic Center

This result shows threads of superheated gas and magnetic fields.