More than 1,000 people have flocked to an abandoned gas station in the San Francisco Bay Area to get a whiff of a corpse flower, named for the stench it emits when it blooms, which has been compared to rotting flesh.

Solomon Leyva, a nursery owner in Alameda who deals in exceptionally rare plants, had been posting on social media about his amorphophallus titanum. When he saw a lot of interest in the giant blooming flower, he decided to share the rare plant with his neighbors.

Leyva wheeled it to the abandoned building earlier this week, where a line of people stretched down the block for most of the day, the San Francisco Chronicle reported. 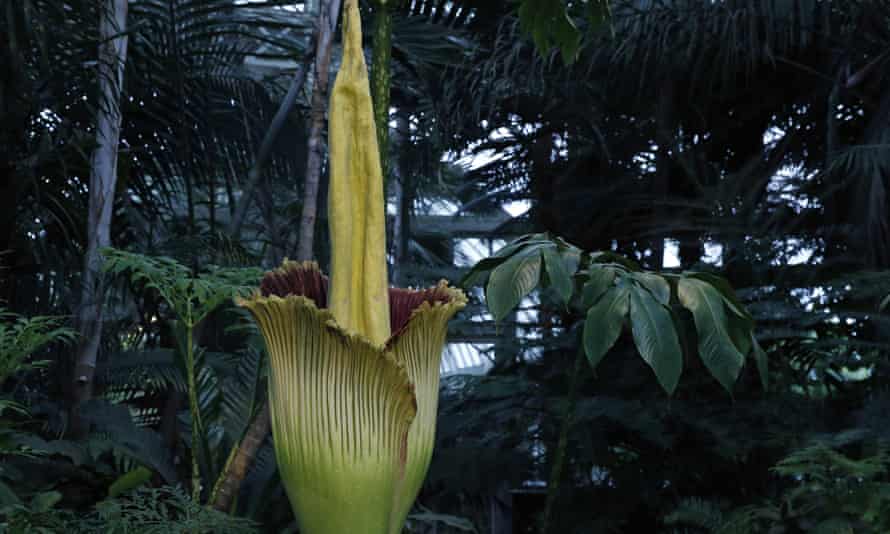 An Amorphophallus titanum, also known as a corpse flower.

Amorphophallus titanum, the titan arum, is a flowering plant with the largest unbranched inflorescence in the world.

Amorphophallus titanum is endemic to Sumatra.

Due to its odor, like that of a rotting corpse, the titan arum is characterized as a carrion flower, and is also known as the corpse flower or corpse plant (Indonesian: bunga bangkai—bunga means flower, while bangkai can be translated as corpse, cadaver, or carrion). 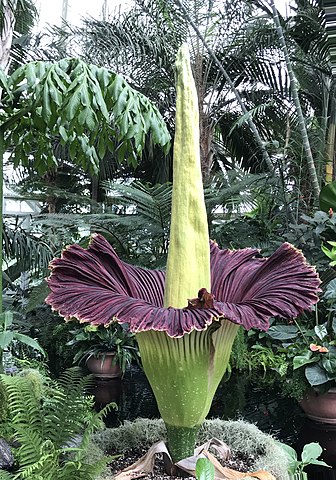 By Tropenmuseum, part of the National Museum of World Cultures

Watch Alice the Amorphophallus titanum or corpse flower bloom in this captivating and astonishing time-lapse video.

» Stinky 'corpse flower' expected to bloom in California
» Why the sun's atmosphere is hundreds of times hotter than its surface
» Hundreds of towering hydrothermal chimneys discovered on seafloor off Washington
» Floriography - Tree & Flower Symbolism
» Queen Of The Night Flower Blooms One Night A Year
Current date/time is Sun Jul 03, 2022 4:01 pm