China's Mars rover drove from its landing platform and began exploring the surface on Saturday, state-run Xinhua news agency said, making the country only the second nation to land and operate a rover on the Red Planet.

The launch last July of the Tianwen-1 Mars probe, which carried the Zhurong rover, marked a major milestone in China's space programme.

Tianwen-1 touched down on a vast northern lava plain known as the Utopia Planitia a week ago and beamed back its first photos of the surface a few days later.

The Mars probe and rover are expected to spend around three months taking photos, harvesting geographical data, and collecting and analysing rock samples. 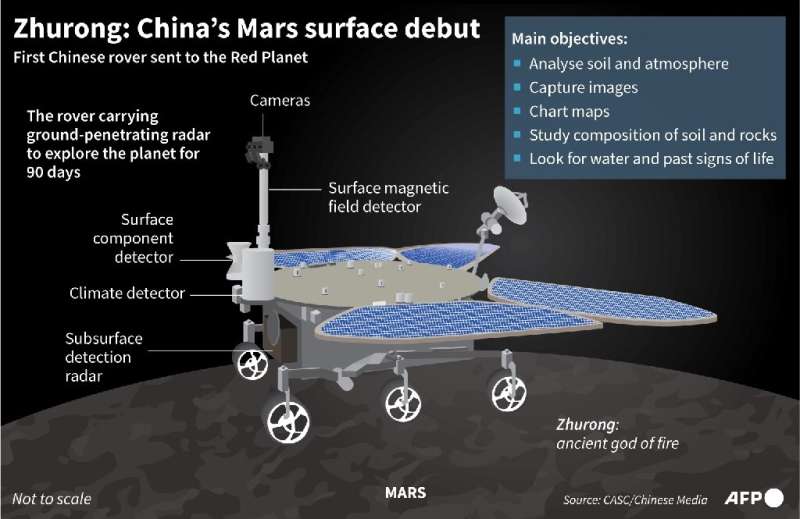 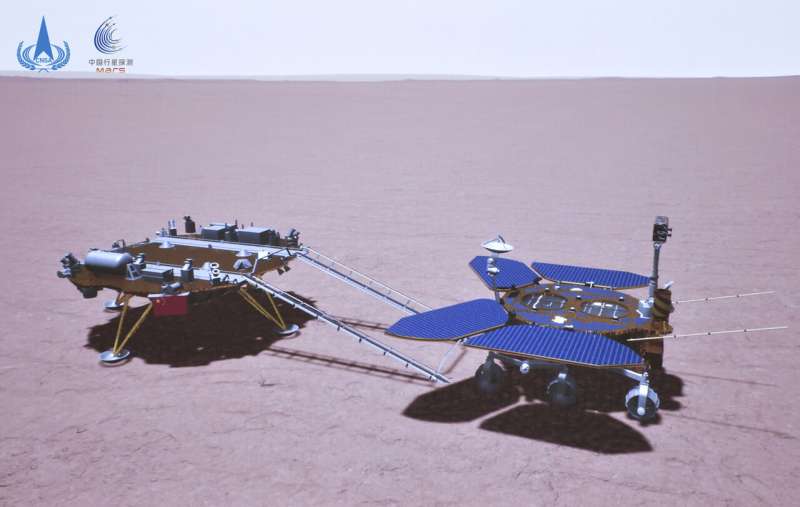 n this artist's rendering made available by the China National Space Administration (CNSA) on Saturday, May 22, 2021, China's Zhurong rover is depicted on the surface of Mars.

China's first Mars rover has driven down from its landing platform and is now roaming the surface of the red planet, China's space administration said Saturday. 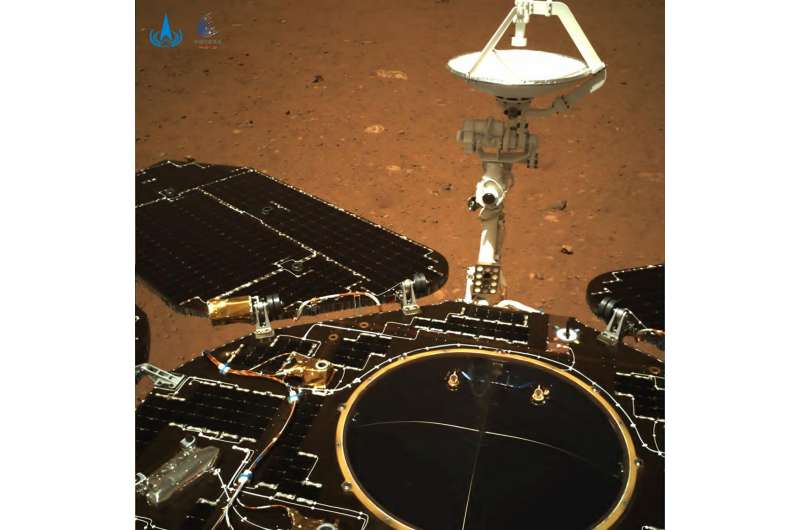 In this photo taken by China's Zhurong Mars rover and made available by the China National Space Administration (CNSA) on Wednesday, May 19, 2021, the rover's solar panels and antenna are deployed as the rover sits on its lander on the surface of Mars.

China landed a spacecraft on Mars for the first time on Saturday, a technically challenging feat more difficult than a moon landing, in the latest step forward for its ambitious goals in space. 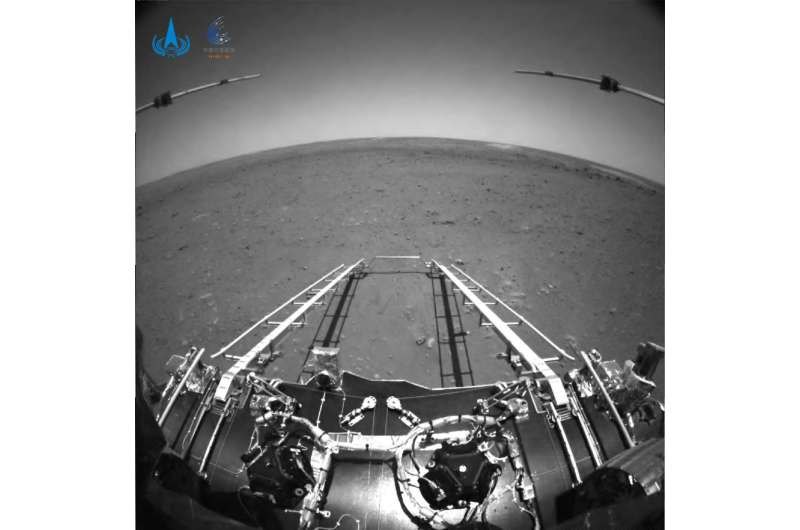 In this black and white photo taken by China's Zhurong Mars rover and made available by the China National Space Administration (CNSA) on Wednesday, May 19, 2021, extension arms and a departure ramp are deployed on the rover's lander on the surface of Mars.