FAST is located in the Dawodang depression, a natural basin in Pingtang County, Guizhou, southwest China.

It has the largest collecting area for radio waves, with an aperture of 300 m in diameter, and is mounted together with the 19-beam receiver that has a system temperature of about 20 K.

FAST is currently the most sensitive radio telescope for discovering weak pulsars, distant pulsars or pulsars in binary systems. 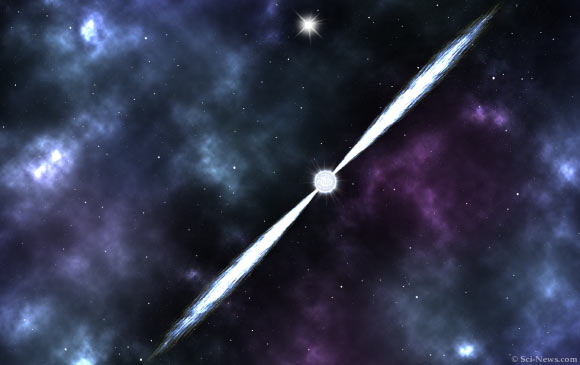 An artist’s impression of a pulsar.