In August 2012, it crossed the heliopause and became the first in situ probe of the very local interstellar medium.

Now, using data from the Plasma Wave System on Voyager 1, a team of researchers from Cornell University and the University of Iowa has detected very weak plasma wave emission in the interstellar medium. 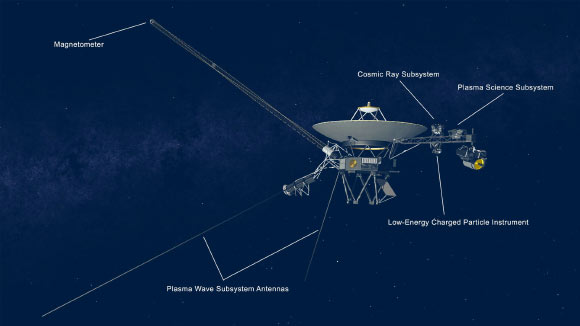 NASA's Voyager 1 spacecraft captured these sounds of interstellar space. Voyager 1's plasma wave instrument detected the vibrations of dense interstellar plasma, or ionized gas, from October to November 2012 and April to May 2013.

The soundtrack reproduces the amplitude and frequency of the plasma waves as "heard" by Voyager 1.

The waves detected by the instrument antennas can be simply amplified and played through a speaker.

These frequencies are within the range heard by human ears.

Scientists noticed that each occurrence involved a rising tone.

The dashed line indicates that the rising tones follow the same slope. This means a continuously increasing density.
_________________ 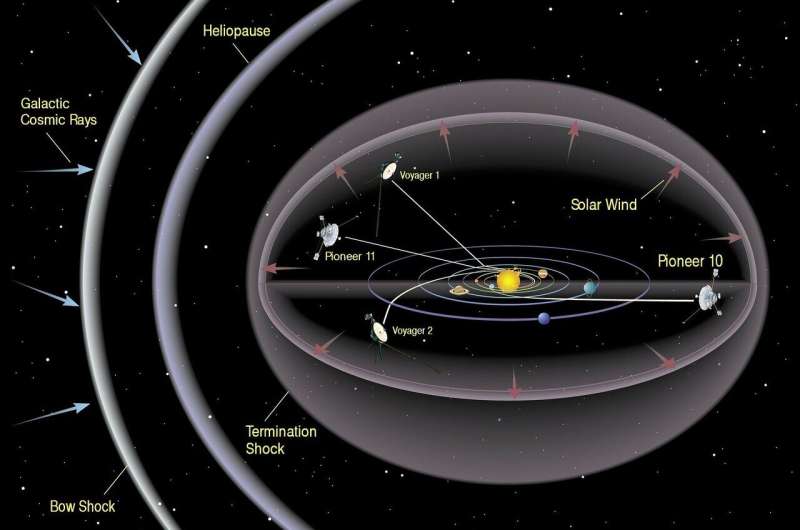 To send a signal to Earth, it took 22 watts, according to NASA's Jet Propulsion Laboratory. The craft has almost 70 kilobytes of computer memory and—at the beginning of the mission—a data rate of 21 kilobits per second.

Due to the 14-billion-mile distance, the communication rate has since slowed to 160-bits-per-second, or about half a 300-baud rate.