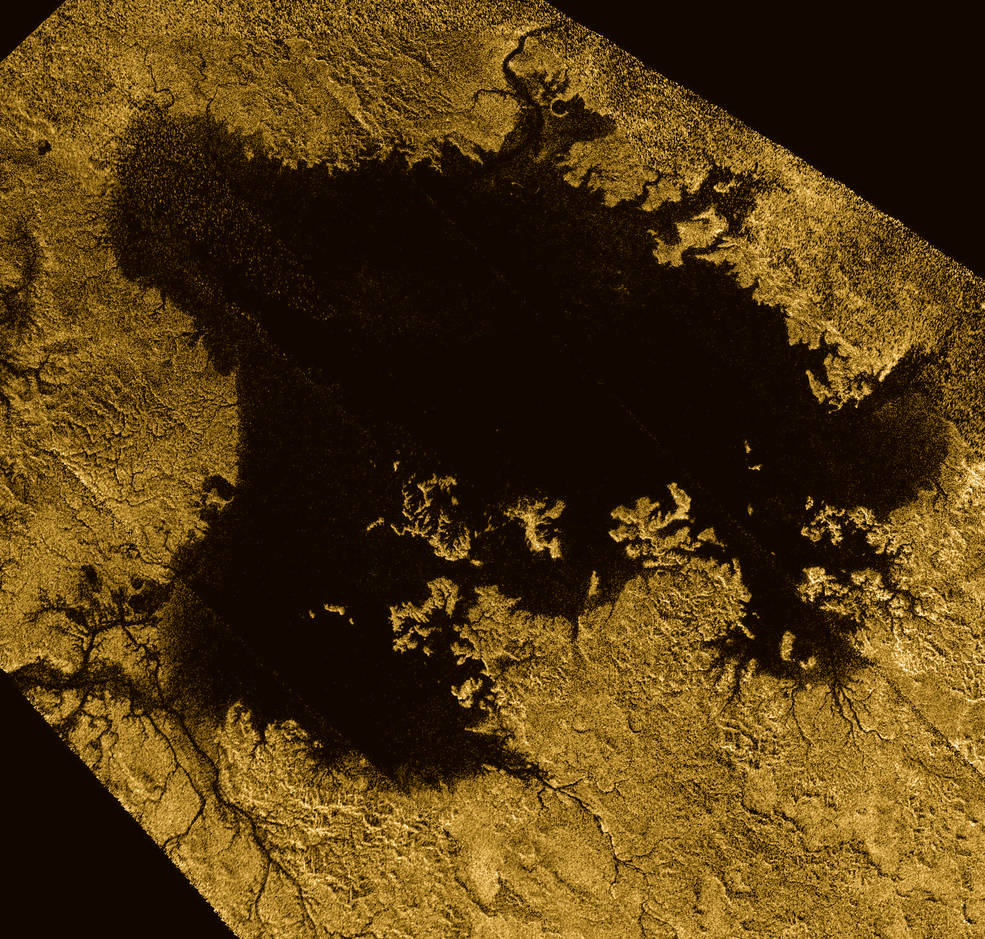 Ligeia Mare, shown in here in data obtained by NASA's Cassini spacecraft, is the second largest known body of liquid on Saturn's moon Titan. It is filled with liquid hydrocarbons, such as ethane and methane, and is one of the many seas and lakes that bejewel Titan's north polar region. 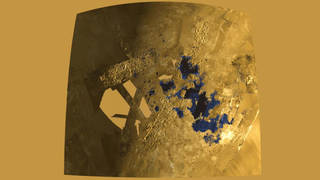 Titan is the only world in our solar system other than Earth that has stable liquid on its surface. The liquid in Titan's lakes and seas is mostly methane and ethane

Saturn’s giant, hazy moon Titan has been essential to NASA’s Cassini mission during its 13 thrilling years of exploration there. Cassini and the European Huygens probe have revealed a fascinating world of lakes and seas, great swaths of dunes, and a complex atmosphere with weather – with intriguing similarities to Earth. Titan has also been an engine for the mission, providing gravity assists that propelled the spacecraft on its adventures around the ringed planet.
Sponsored content

» Saturn's weird, Earth-like moon just failed a key test for alien life
» Cassini Finds Fresh Ice in Northern Hemisphere of Enceladus
» A 'quasi-moon' asteroid companion of Earth that may actually be a moon relic
» Saturn and Mars Team Up to Make Their Closest Approaches to Earth in 2018
» Meteoroids bombarded the Earth-Moon system
Current date/time is Thu May 19, 2022 1:56 pm