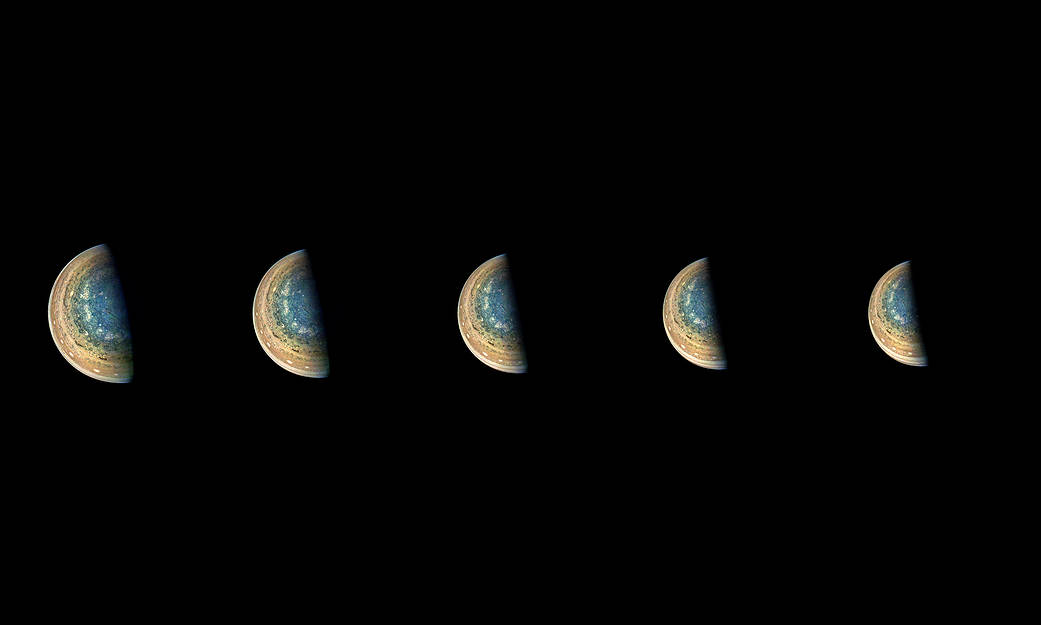 At first glance, the series might appear to be the same image repeated. But closer inspection reveals slight changes, which are most easily noticed by comparing the far left image with the far right image.

Directly, the images show Jupiter. But, through slight variations in the images, they indirectly capture the motion of the Juno spacecraft itself, once again swinging around a giant planet hundreds of millions of miles from Earth.

This movie (created from JunoCam image data by Gerald Eichstädt) starts with a reconstructed in-bound sequence approaching Jupiter from north on its night side.

Then the orbit approaches Jupiter down to an altitude of about 3,500 km a bit north of the equator. JunoCam looked towards Jupiter's limb during close flyby.

This is followed by a transition into the outbound orbit, during which Jupiter's south polar region comes into the field of view.