The vampire squid uses its bioluminescent organs and its unique oxygen metabolism to thrive in the parts of the ocean with the lowest concentrations of oxygen.

This organism has two long retractile filaments, which distinguish it from both octopuses and squids, and places it in its own order, Vampyromorphida. 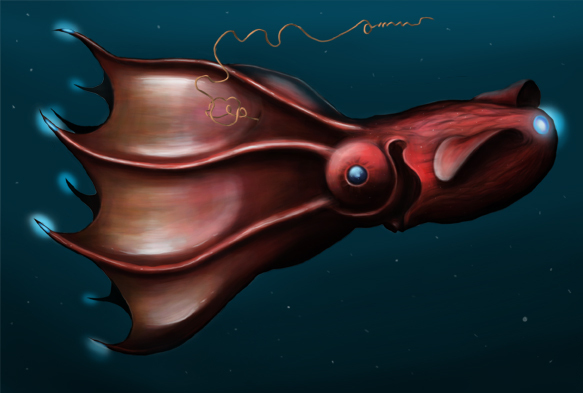 During our overnight dive on June 27th, the E/V Nautilus team encountered a Vampire Squid (Vampyroteuthis infernalis), a deep-sea cephalopod.