A new species of shark with hypertrophied, slender pectoral fins has been identified from the fossilized remains discovered in northern Mexico.

“The complete specimen was found in 2012 in Vallecillo, Mexico, a locality yielding remarkably preserved fossils,” said lead author Dr. Romain Vullo from the University of Rennes and the CNRS and colleagues. 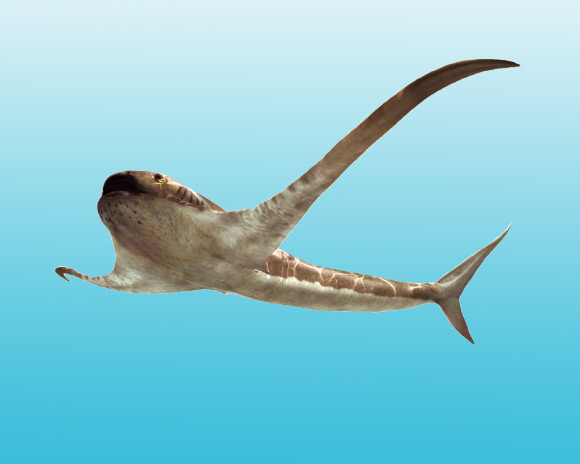