Thanks to lucky snapshots taken by an amateur astronomer in Argentina, scientists have obtained their first view of the initial burst of light from the explosion of a massive star.

During tests of a new camera, Víctor Buso captured images of a distant galaxy before and after the supernova's "shock breakout" - when a supersonic pressure wave from the exploding core of the star hits and heats gas at the star's surface to a very high temperature, causing it to emit light and rapidly brighten.

To date, no one has been able to capture the "first optical light" from a supernova, since stars explode seemingly at random in the sky, and the light from shock breakout is fleeting. The new data provide important clues to the physical structure of the star just before its catastrophic demise and to the nature of the explosion itself. 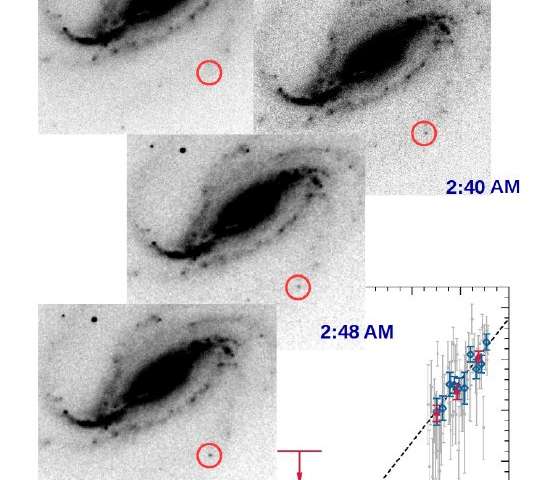 Sequence of combined images (negatives, so black corresponds to bright) obtained by Víctor Buso as SN 2016gkg appears and brightens in the outskirts of the spiral galaxy NGC 613. Labels indicate the time each image was taken. The object steadily brightens for about 25 minutes, as shown quantitatively in the lower-right panel. 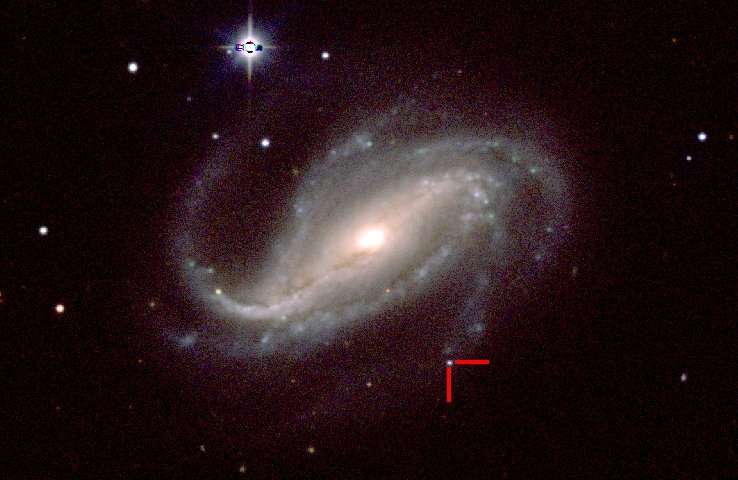