Today at 20:55 UTC (3:55 p.m. EST), the Perseverance Mars rover – formerly called Mars 2020 – became the first artificial object to land on the red planet since the Insight Mars lander in 2018. It was the first rover to land since Curiosity touched down in 2012. Perseverance set down in the Jezero Crater, just north of Mars’ equator.

Landing on Mars is hard. Space engineers refer to it as seven minutes of terror. The rover hit the Martian atmosphere traveling at almost 12,000 miles per hour (19,000 kmh), streaking across the sky as its protective heat shield helped to slow it down.

Re: Perseverance lands on Mars: "7 Minutes Of Terror" 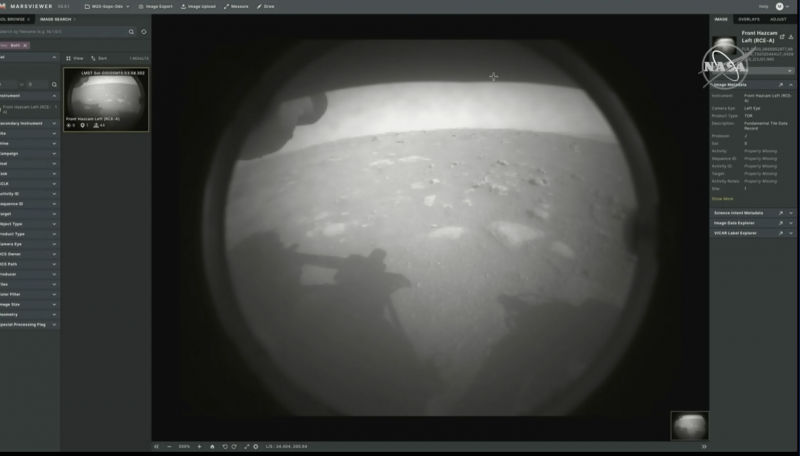 Perseverance’s first image from the surface of Mars, acquired just minutes after landing.

» 'Terror crocodile' had teeth the size of bananas
» Meteorite crash-lands in woman’s bed in Canada
» China lands spacecraft on far side of the moon in world first
» Mushrooms on Mars
» Mars Curiosity Celebrates Sol 2,000
Current date/time is Fri May 20, 2022 2:43 am