Scientists aren't usually able to measure the size of gigantic planets like Jupiter or Saturn that are far from the stars they orbit. But a UC Riverside-led team has done it.

The planet is roughly five times heavier than Jupiter, hence its nickname GOT "EM-1b, which stands for Giant Outer Transiting Exoplanet Mass.

Though it is nearly 1,300 light years away from Earth, GOT "EM-1b, or Kepler-1514b as it is officially known, is still considered part of what researchers call our "solar neighborhood." 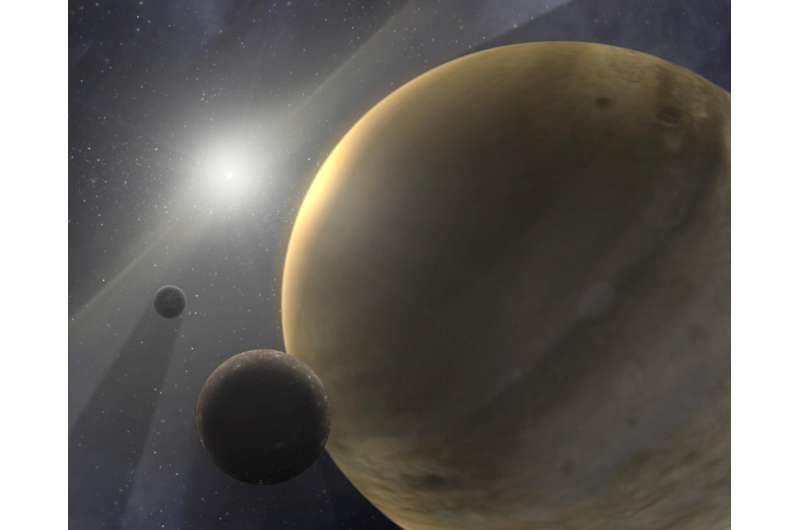 artist's rendering of a 10-million-year-old star system with a gas-giant planet like jupiter.