NASA has released a spectacular photo taken by the NASA/ESA Hubble Space Telescope of the planetary nebula ESO 455-10.

Planetary nebulae are a type of emission nebula consisting of an expanding shell of gas ejected from stars late in their lives.

These objects are usually no larger than a light-year in diameter, and form at the end of the life of a star of intermediate mass, between 1 and 8 times that of the Sun.

There are about 20,000 planetary nebulae in our Milky Way Galaxy. Most of them are concentrated toward the plane of the Milky Way’s disk, but a few are also know to exist in the halo and the bulge. 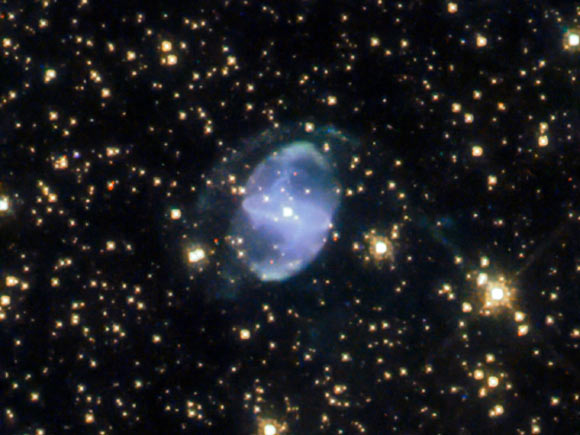 This Hubble image shows ESO 455-10, a planetary nebula located in the constellation of Scorpius. The color image is composed of near-infrared and optical observations from Hubble’s Wide Field Camera 3 (WFC3). Four filters were used to sample various wavelengths.

The color results from assigning different hues to each monochromatic image associated with an individual filter. 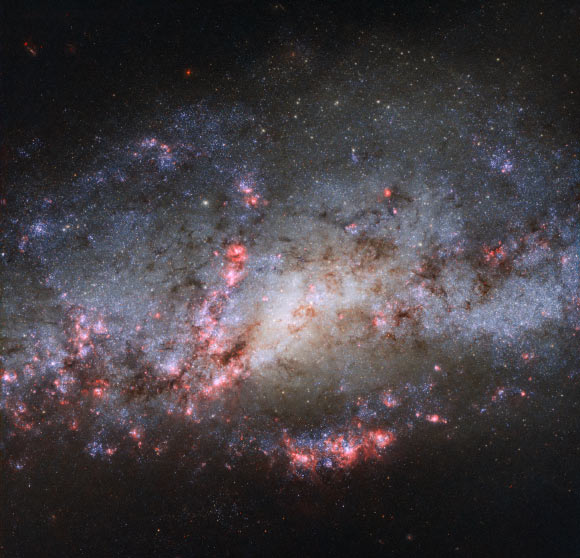 The scattered and warped appearance of the galaxy is the result of a cosmic collision with another galaxy, NGC 4485. The pink fireworks in this image are regions of intense star formation, triggered by the past collision.

This video shows a pan across the galaxy NGC 4490.

The former barred spiral galaxy got its scattered and warped appearance as the result of a past cosmic collision with another galaxy.

This collision has created patches of higher density gas and dust in the galaxy, creating perfect conditions for new stars to form.

The pink pockets of light visible in the galaxy are dense clouds of ionised hydrogen, glowing as they are irradiated with ultraviolet light from nearby young, hot stars.
_________________