According to the paper, the parent star TOI-1259A has a radius of about 0.71 solar radii and is some 25% less massive than our sun. It has a metallicity at a level of about -0.5 and effective temperature of around 4,775 K.

The exoplanet, designated TOI-1259Ab, is the size of Jupiter but approximately 56% less massive than the solar system's biggest planet. The alien world orbits its host every 3.48 days, at a distance of about 0.04 AU from it. The planet's equilibrium temperature was estimated to be approximately 963 K. 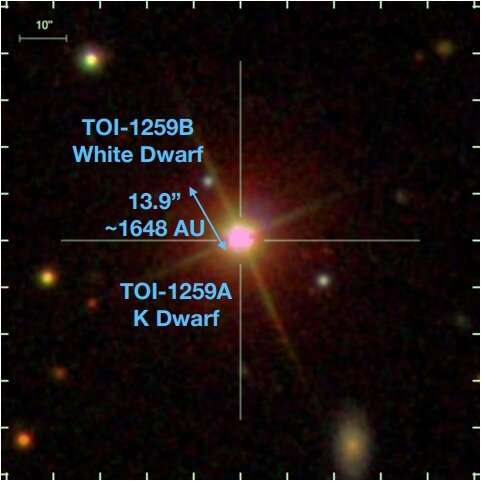