Astronomers using NASA’s Transiting Exoplanet Survey Satellite and the High Resolution Echelle Spectrometer on the Keck I telescope at the W. M. Keck Observatory have discovered a system with three transiting exoplanets — including an ultra-short-period super Earth — around TOI-561, one of the oldest stars in our Milky Way Galaxy.

TOI-561 is a bright star located 280.5 light-years away in the constellation of Sextans.

The star is approximately 10 billion years old, and has a mass and size about 80% that of the Sun.

Otherwise known as TYC 243-1528-1, it belongs to a rare population of stars called the Galactic thick disk stars. 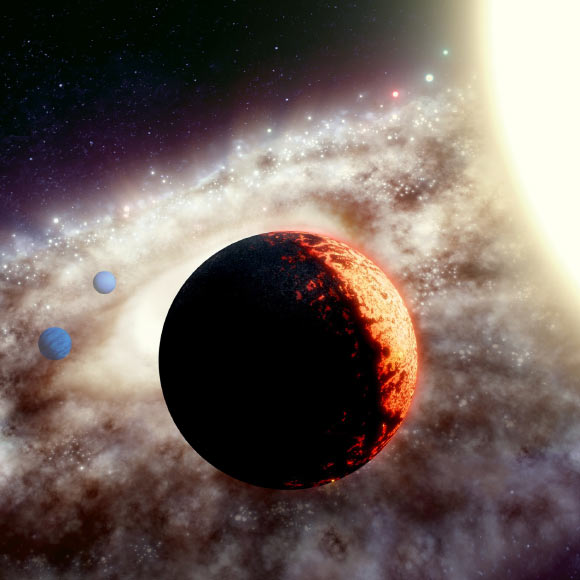 An artist’s rendition of the TOI-561 planetary system.

NASA's Kepler Space Telescope was used to discover many multi-planet systems in the Milky Way Galaxy during its mission.
_________________