A team of astronomers led by Lidia Oskinova of the University of Potsdam, Germany, used ESA's XMM-Newton X-ray telescope to study the object that was originally discovered in 2019. 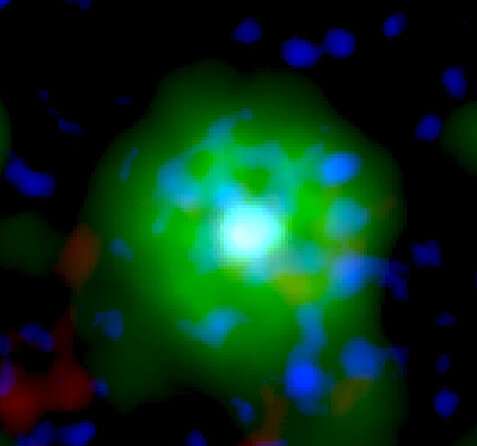 This image shows a new type of star that has never been seen before in X-ray light. This strange star formed after two white dwarfs—remnants of stars like our sun—collided and merged.

But instead of destroying each other in the event, the white dwarfs formed a new object that shines bright in X-ray light.

This artist’s impression video shows the central part of the planetary nebula Henize 2-428.

The core of this unique object consists of two white dwarf stars, each with a mass a little less than that of the Sun.