The Sun will rise on NASA's solar-powered Mars rover Opportunity for the 5,000th time on Saturday, sending rays of energy to a golf-cart-size robotic field geologist that continues to provide revelations about the Red Planet.

A Martian "sol" lasts about 40 minutes longer than an Earth day, and a Martian year lasts nearly two Earth years. Opportunity's Sol 1 was landing day, Jan. 25, 2004 (that's in Universal Time; it was Jan. 24 in California). The prime mission was planned to last 90 sols. NASA did not expect the rover to survive through a Martian winter. Sol 5,000 will begin early Friday, Universal Time, with the 4,999th dawn a few hours later. Opportunity has worked actively right through the lowest-energy months of its eighth Martian winter. 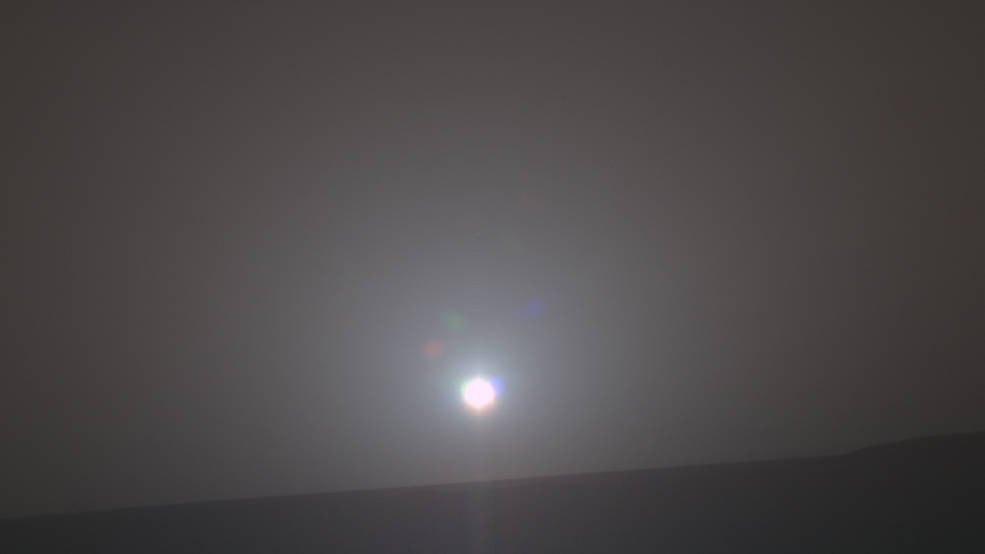 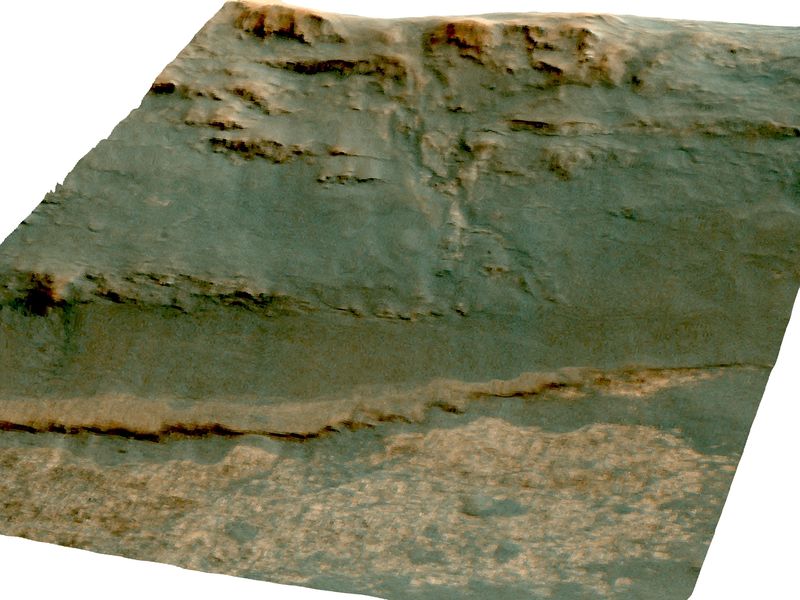 The channel descending a Martian slope in this perspective view is "Perseverance Valley," the study area of NASA's Mars rover Opportunity as the rover passes its 5,000th Martian day. The view overlays a HiRISE image onto a topographic model with five-fold vertical exaggeration, to show shapes.

» Meet the Fish That Grows Up in Just 14 Days
» Mushrooms on Mars
» 300 Days in Space for Christina Koch
» Over a thousand cosmic explosions detected in 47 days
» For the next two days only: Free YES/NO Tarot card reading
Current date/time is Sat May 21, 2022 5:26 pm