The ground texture seen in recent images from the rover resembles a smudged version of very distinctive stone stripes on some mountain slopes on Earth that result from repeated cycles of freezing and thawing of wet soil. But it might also be due to wind, downhill transport, other processes or a combination.

Opportunity landed on Mars in January 2004. As it reaches the 5,000th Martian day, or sol, of what was planned as a 90-sol mission (see related story), it is investigating a channel called "Perseverance Valley," which descends the inboard slope of the western rim of Endeavour Crater. 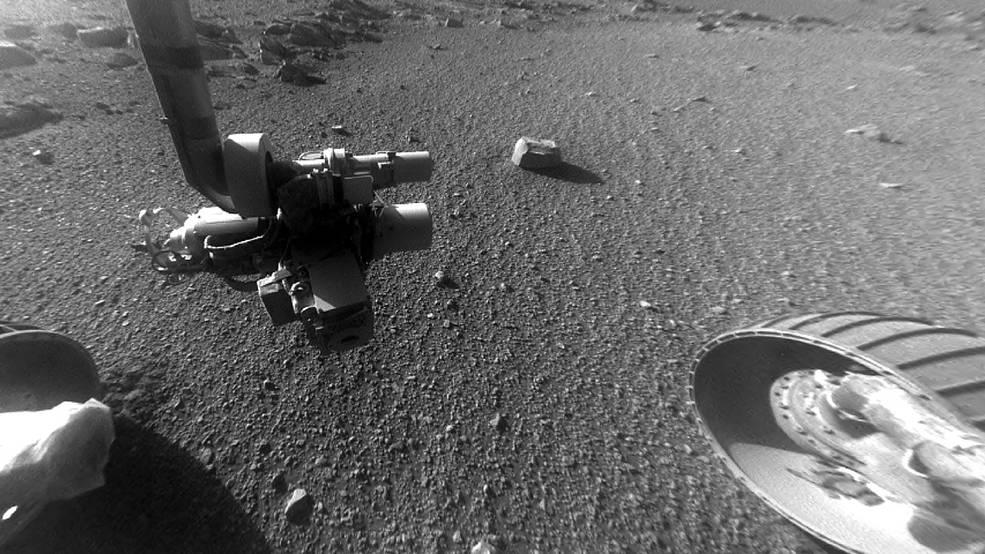 This late-afternoon view from the front Hazard Avoidance Camera on NASA's Mars Exploration Rover Opportunity shows a pattern of rock stripes on the ground, a surprise to scientists on the rover team. It was taken in January 2018, as the rover neared Sol 5000 of what was planned as a 90-sol mission. 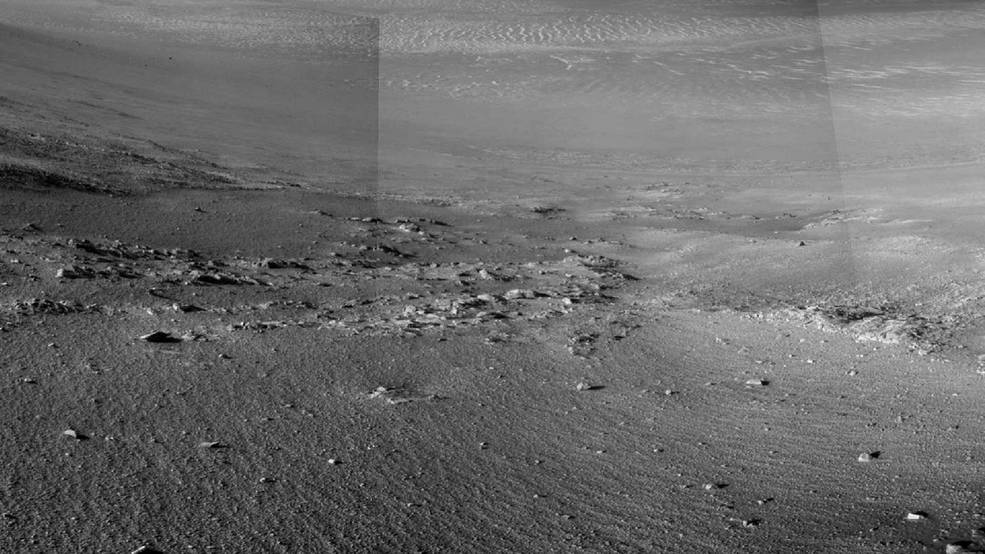 Textured rows on the ground in this portion of "Perseverance Valley" are under investigation by NASA's Mars Exploration Rover Opportunity, which used its Navigation Camera to take the component images of this downhill-looking scene. The rover reaches its 5,000th Martian day, or sol, on Feb. 16, 2018.

NASA's Mars Explorer Opportunity explored an unknown Martian valley last month when it encountered a surprisingly familiar sight: streams of rock and gravel stretched down the valley slope
Perseverance: a descent of approximately 183 meters on the interior slope of a crater in apparently organized rows.

The patterns are very similar to the so-called rocky stripes seen in certain mountains of the Earth, said NASA. These formations generally result when the wet soil freezes and thaws repeatedly for many years, NASA said. It is believed that Perseverance Valley was carved hundreds of thousands of years ago by a combination of water, ice and wind, which makes the place unusual for Martian standards, NASA. The presence of these newly discovered rays increases the mystery of the region, the researchers said. We already knew that it was different from any place a Mars rover had seen before, even if we still do not know how it was formed, and now we are seeing surfaces that look like stone streaks. It is mysterious. It is exciting. I believe that the set of observations that we will obtain will allow us to understand it.

In particular, the rocky fringes of Perseverance Valley look a lot like the stripes seen inside the cone of Mauna Kea volcano in Hawaii, according to NASA.