The Korea Superconducting Tokamak Advanced Research (KSTAR), a superconducting fusion device also known as the Korean artificial sun, set the new world record as it succeeded in maintaining the high temperature plasma for 20 seconds with an ion temperature over 100 million degrees (Celsius).

It is an achievement to extend the 8 second plasma operation time during the 2019 KSTAR Plasma Campaign by more than 2 times. In its 2018 experiment, the KSTAR reached the plasma ion temperature of 100 million degrees for the first time (retention time: about 1.5 seconds). 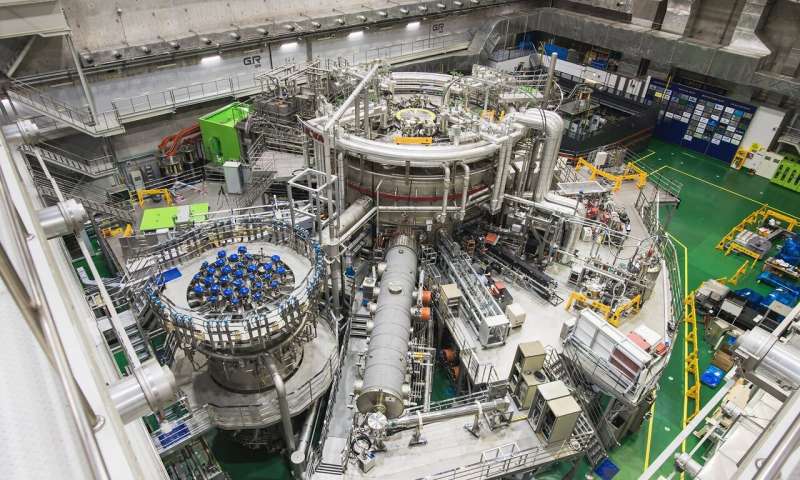 To re-create fusion reactions that occur in the sun on Earth, hydrogen isotopes must be placed inside a fusion device like KSTAR to create a plasma state where ions and electrons are separated, and ions must be heated and maintained at high temperatures.