Astronomers using NASA’s Chandra X-ray Observatory are searching for signs of a recoiling black hole in the core of A2261-BCG, the most massive and brightest galaxy in the giant galaxy cluster Abell 2261.

If the huge amount of gravitational waves generated by such an event was stronger in one direction than another, the theory predicts that the new, even more massive black hole would have been sent careening away from the center of the galaxy in the opposite direction. This is called a recoiling black hole. 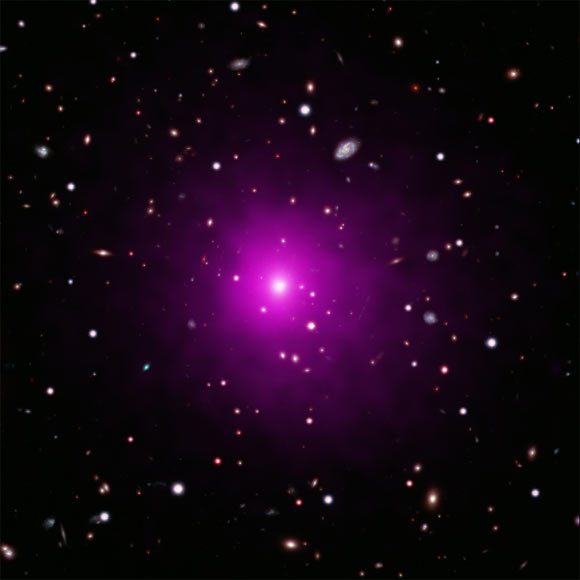 This image of Abell 2261, a galaxy cluster located 3 billion light-years away, contain X-ray data from Chandra showing hot gas pervading the cluster as well as optical data from Hubble and the Subaru Telescope that show galaxies in the cluster and in the background.

Nearly all large galaxies contain a supermassive black hole, with a mass that is millions or billions of times that of the sun in their centers.