Scientists working with data from the Sloan Digital Sky Surveys' Apache Point Observatory Galactic Evolution Experiment (APOGEE) have discovered a "fossil galaxy" hidden in the depths of our own Milky Way.

The proposed fossil galaxy may have collided with the Milky Way ten billion years ago, when our galaxy was still in its infancy. Astronomers named it Heracles, after the ancient Greek hero who received the gift of immortality when the Milky Way was created.

The remnants of Heracles account for about one third of the Milky Way's spherical halo. But if stars and gas from Heracles make up such a large percentage of the galactic halo, why didn't we see it before? The answer lies in its location deep inside the Milky Way. 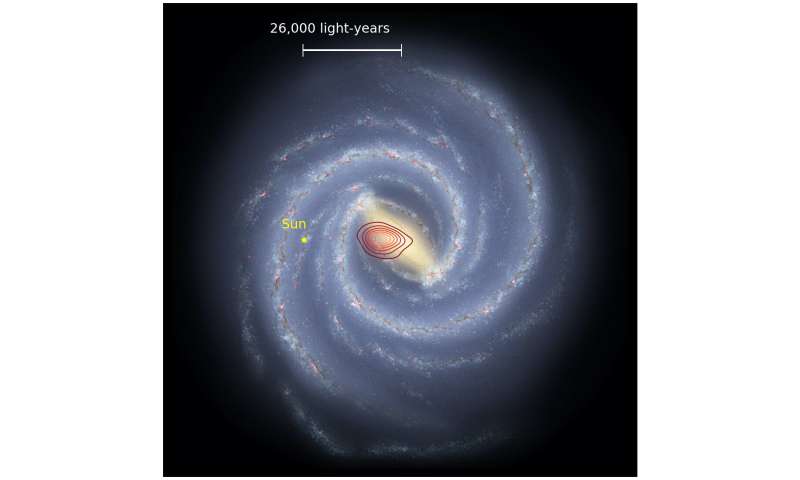 An artist's impression of what the Milky Way might look like seen from above. The colored rings show the rough extent of the fossil galaxy known as Heracles.

The yellow dot shows the position of the sun. 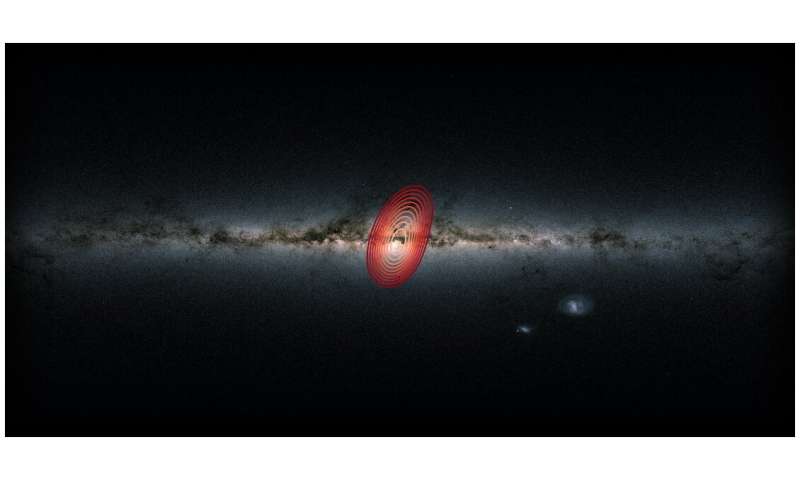 An all-sky image of the stars in the Milky Way as seen from Earth. The colored rings show the approximate extent of the stars that came from the fossil galaxy known as Heracles.

The small objects to the lower right of the image are the Large and Small Magellanic Clouds, two small satellite galaxies of the Milky Way.

This movie shows a computer simulation of a galaxy like the Milky Way. The movie fast-forwards through simulated time from 13 billion years ago to today.

The main galaxy grows as many small galaxies merge with it.

Heracles resembles one of the smaller galaxies that merged with the Milky Way early in the process.
_________________