The storm, which is wider than the Atlantic Ocean, was born in the planet's northern hemisphere and discovered by Hubble in 2018. Observations a year later showed that it began drifting southward toward the equator, where such storms are expected to vanish from sight.

To the surprise of observers, Hubble spotted the vortex change direction by August 2020, doubling back to the north.

Though Hubble has tracked similar dark spots over the past 30 years, this unpredictable atmospheric behavior is something new to see. 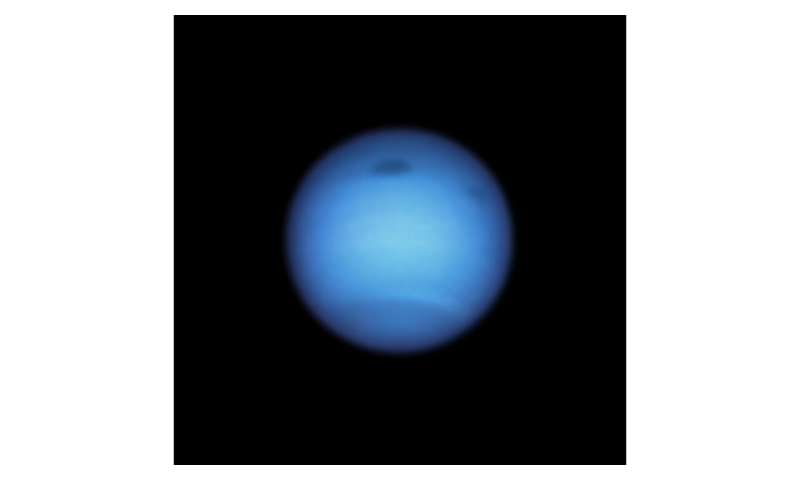 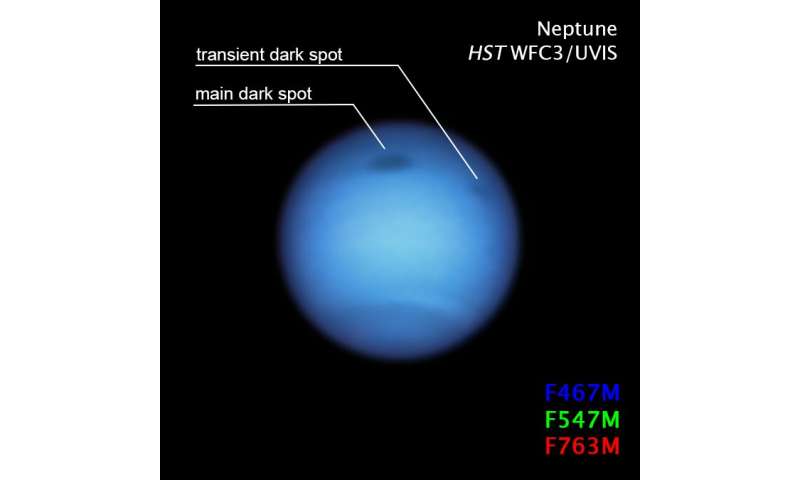 The smaller dark spot in this Hubble image may have been a piece of the giant storm that broke off as the larger vortex approached the equator.

Hubble uncovered the giant storm in September 2018 in Neptune's northern hemisphere. The large feature is roughly 4,600 miles across.

The estimated width of the smaller spot is 3,900 miles.

OPAL (Outer Planet Atmospheres Legacy) is a project to obtain long time baseline observations of the outer planets in order to understand their atmospheric dynamics and evolution as gas giants.
_________________