One of the newfound planets, TOI-122b, is a sub-Neptune planet about 2.7 times the size of Earth.

The planetary system is located approximately 203 light-years away in the constellation of Tucana.

“TOI-122b likely has a thick atmosphere but on a 5.1-day orbit, it is far interior to the habitable zone of its star and irradiated at over 8x the flux of the Earth,” the astronomers said.

The second new planet, TOI-237b, is a super-Earth with a radius about 1.44 times the Earth’s radius.

The system lies approximately 124 light-years away in the constellation of Sculptor. 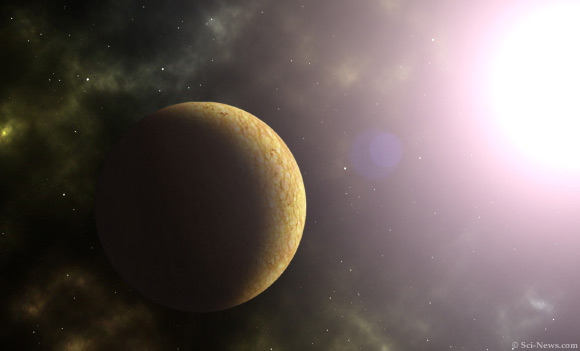 An artist’s impression of the super-Earth planet TOI-237b.