A comet discovered last year is offering scientists new insights into how these objects "turn on" and evolve, as it actually transitions out of the Centaur population and into the Jupiter Family of Comets (JFCs), according to a paper by Planetary Science Institute Research Scientist Jordan Steckloff.

Centaurs are icy bodies in unstable orbits between Jupiter and Neptune, and cross the orbits of one or more of the giant planets in their journey around the Sun; the gravity of these planets provide rapid dynamical evolution of the objects, and either eject them from the solar system entirely, or cause them to eventually evolve inward of Jupiter, to become Jupiter Family Comets.

Prior to this migration, Centaurs began as objects beyond the orbit of Neptune (trans-Neptunian Objects), whose gravitational tugs causes object to slowly leak into the Centaur population; this entire migration from beyond Neptune to JFC lasts a few million to a few tens of millions of years. 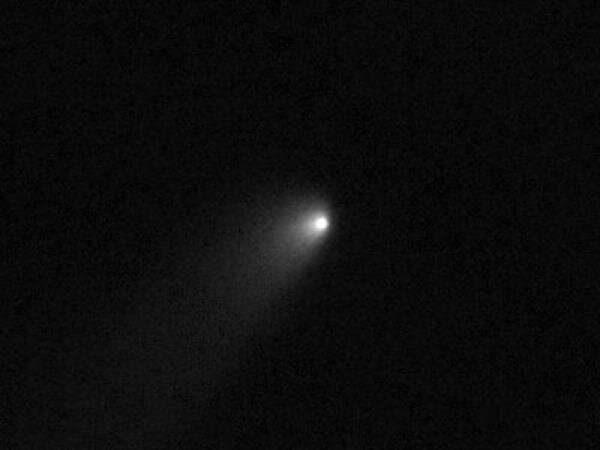 Comet 2019 LD2 (ATLAS) as seen by the Hubble Space Telescope.

This animation dissolves between the Hubble Space Telescope’s observations of Comet C/2019 Y4 (ATLAS) on 20 and 23 April.

The NASA/ESA Hubble Space Telescope has provided astronomers with the sharpest view yet of the breakup of Comet C/2019 Y4 (ATLAS). The telescope resolved roughly 30 fragments of the comet on 20 April and 25 pieces on 23 April.

The comet was first discovered in December 2019 by the ATLAS (Asteroid Terrestrial-impact Last Alert System) and its fragmentation was confirmed in April 2020.
_________________