“We identified megafloods for the first time using detailed sedimentological data observed by the rover Curiosity,” said Dr. Alberto G. Fairén, an astrobiologist in the Department of Astronomy at Cornell University and Spain’s Centro de Astrobiología.

“This case includes the occurrence of giant wave-shaped features in sedimentary layers of Gale Crater, often called megaripples or antidunes that are about 19 m high and spaced about 137 m (450 feet) apart,” said Professor Ezat Heydari, a researcher in the Department of Physics, Atmospheric Sciences, and Geoscience at Jackson State University. 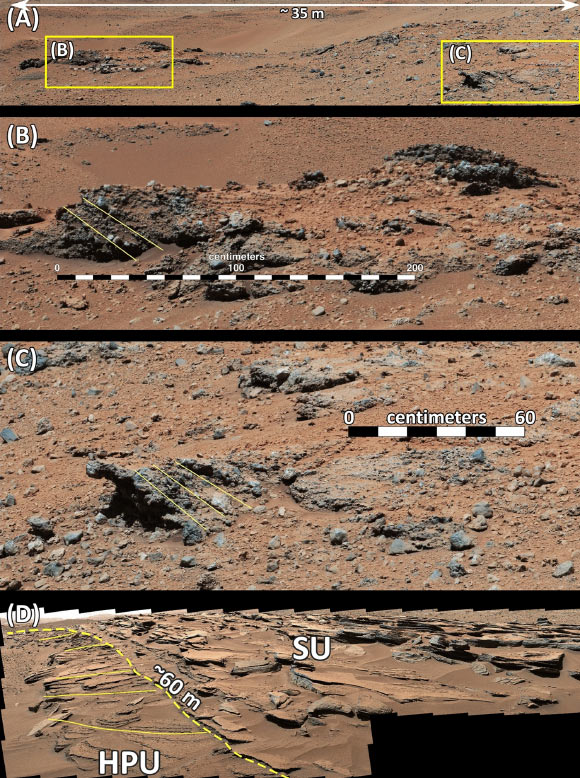 (A) Curiosity’s Mastcam image mosaic cquired on Sol 646 (looking southeast) shows the exposure of the Curiosity (HPU) inside an impact crater; here the unit is about 8 m thick and consists of cross bedded unsorted conglomerate with clasts as large as 20 cm across; cross beds indicate flow toward north (to the right of the image).