Based on data from NASA's K2 mission, an international team of scientists has confirmed nearly 100 new exoplanets. This brings the total number of new exoplanets found with the K2 mission up to almost 300.

"We started out analyzing 275 candidates, of which 149 were validated as real exoplanets. In turn, 95 of these planets have proved to be new discoveries," said U.S. doctoral student Andrew Mayo at the National Space Institute (DTU Space) at the Technical University of Denmark. "This research has been underway since the first K2 data release in 2014." Mayo is the main author of the work being presented in the Astronomical Journal. 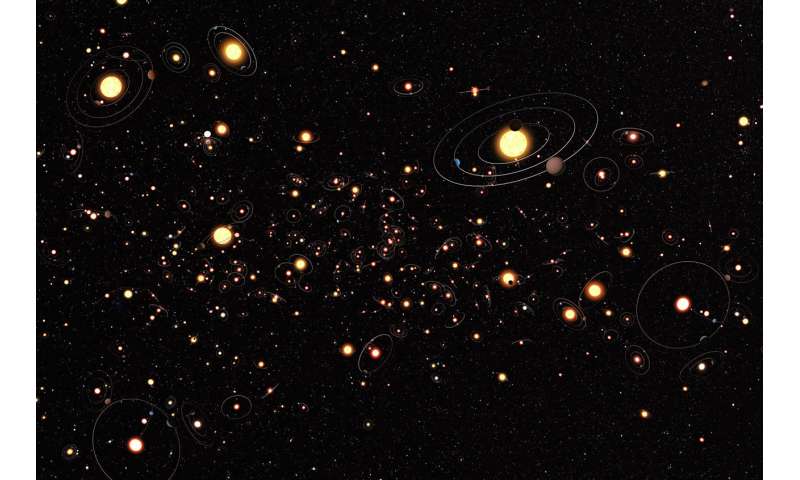 After detecting the first exoplanets in the 1990s it has become clear that planets around other stars are the rule rather than the exception and there are likely hundreds of billions of exoplanets in the Milky Way alone. The search for these planets is now a large field of astronomy.

Launched in 2009, the Kepler space telescope is our first mission capable of identifying Earth-size planets around other stars. On Monday, June 19, 2017, scientists announced the results from the final Kepler candidate catalog of the mission at a press conference at NASA's Ames Research Center.