The stargazers are a family, Uranoscopidae, of perciform fish that have eyes on top of their heads (hence the name). The family includes about 51 species (one extinct) in eight genera, all marine and found worldwide in shallow and deep saltwaters.

In addition to the top-mounted eyes, a stargazer also has a large, upward-facing mouth in a large head. Their usual habit is to bury themselves in sand, and leap upwards to ambush prey (benthic fish and invertebrates) that pass overhead.

Stargazers are venomous; they have two large venomous spines situated behind their opercles and above their pectoral fins. The species within the genera Astroscopus and Uranoscopus can also cause electric shocks.

These two genera within stargazers are out of eight total independent evolutions of bioelectrogenesis.

They are also unique among electric fish in not possessing specialized electroreceptors. 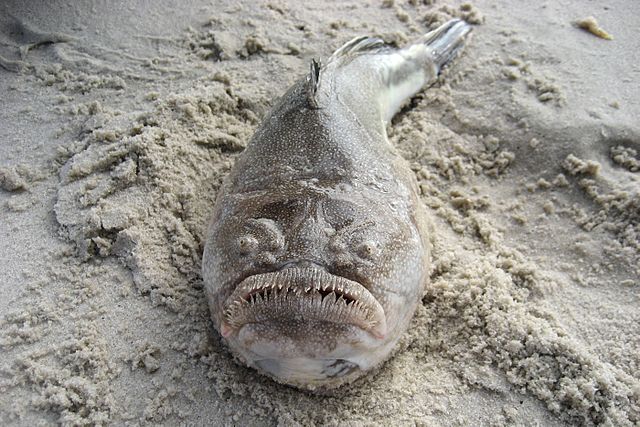 By Canvasman21 at the English Wikipedia

Because stargazers are ambush predators which camouflage themselves and some can deliver both venom and electric shocks, they have been called "the meanest things in creation. 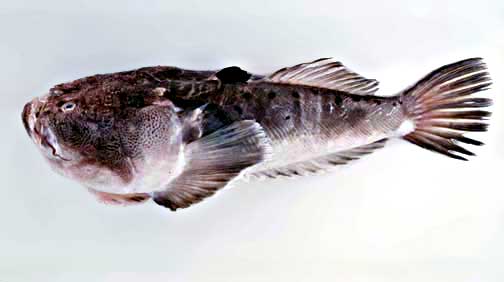 Stargazers are a delicacy in some cultures (the venom is not poisonous when eaten), and they can be found for sale in some fish markets with the electric organ removed.

"This video was shot in the Red Sea near Hurghada. In the video, the Stargazer fish, otherwise it is also called a sea bug. Thanks to the excellent ability to camouflage itself in the sand, it is practically invisible and not often found underwater.

It has poisonous spines on the black dorsal fin and near the gills, as well as needles above the pectoral fins. Luring the prey, it releases a tongue resembling a worm, and provokes the victim to seize it, after which it itself attacks."
_________________

» Lung Fish, The Fish That Lives On Land
» Pacific barreleye fish
» First deep-sea fish known to be a mouthbreeder
» Meet the Fish That Grows Up in Just 14 Days
» Why Did a Venomous Fish Evolve a Glowing Eye Spike?
Current date/time is Sun Jul 03, 2022 4:19 pm