LHS 1140 is a cool low-mass star approximately 39 light-years away in the constellation of Cetus.

The external planet, LHS 1140b, is a super-Earth with a mass of 6.5 Earth masses. It possesses a rocky composition and lies within the habitable zone of the star. 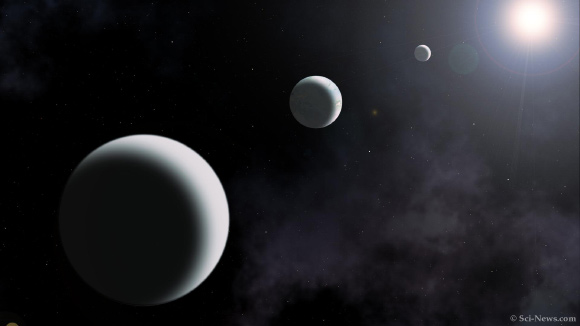 An artist’s impression of the planetary system LHS 1140.

Some 39 light-years from Earth, in the constellation of Cetus, a red dwarf star is orbited by a super-Earth.