A long time ago—roughly 4.5 billion years—our sun and solar system formed over the short time span of 200,000 years. That is the conclusion of a group of Lawrence Livermore National Laboratory (LLNL) scientists after looking at isotopes of the element molybdenum found on meteorites.

The material that makes up the sun and the rest of the solar system came from the collapse of a large cloud of gas and dust about 4.5 billion years ago.

By observing other stellar systems that formed similarly to ours, astronomers estimate that it probably takes about 1-2 million years for the collapse of a cloud and ignition of a star, but this is the first study that can provide numbers on our own solar system. 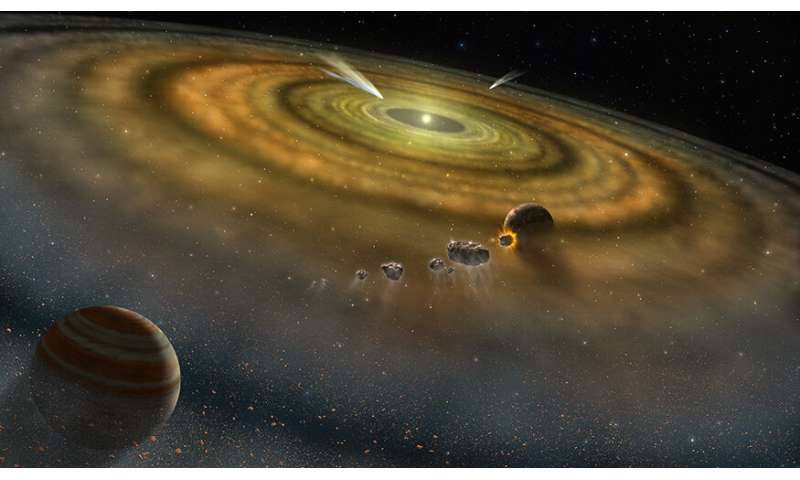 Artist's conception of the dust and gas surrounding a newly formed planetary system.

Professor Stephen Hawking explains how the Earth and solar system were formed.