Two massive lenticular galaxies, NGC 2292 and NGC 2293, approached one another too closely in the distant past, gravity causing them to affect each other and slowly merge into one giant galaxy.

NGC 2292 and NGC 2293 are located about 120 million light-years away in the constellation of Canis Major.

Both galaxies were discovered by the English astronomer John Herschel on January 20, 1835.

“If you mix two fried eggs together, you get something resembling scrambled eggs. The same goes for galaxy collisions throughout the Universe,” Hubble astronomers said.

“They lose their flattened spiral disk and the stars are scrambled into a football-shaped volume of space, forming an elliptical galaxy.” 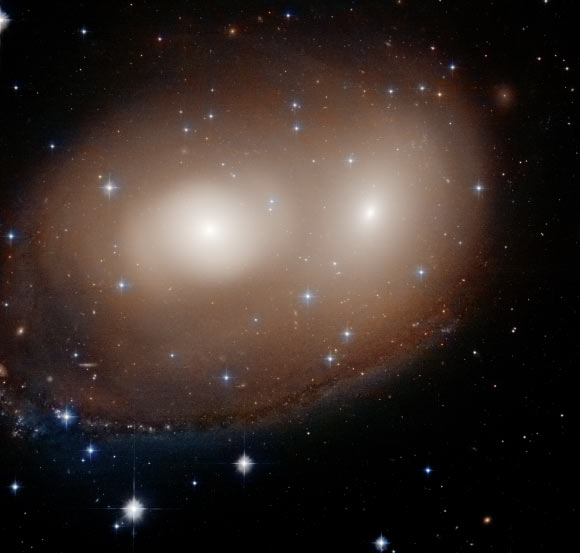 This unusual celestial object, as seen by the NASA/ESA Hubble Space Telescope, is actually a combination of two lenticular galaxies, NGC 2292 and NGC 2293.

The simulation depicts the merger of two spiral galaxies, pausing and rotating at the stage resembling the Hubble Space Telescope Advanced Camera for Surveys image of "The Mice," dissolving to that image, and continuing on to finish the merger.
_________________