Among the most extreme planets discovered beyond the edges of our solar system are lava planets: fiery hot worlds that circle so close to their host star that some regions are likely oceans of molten lava.

According to scientists from McGill University, York University, and the Indian Institute of Science Education, the atmosphere and weather cycle of at least one such exoplanet is even stranger, featuring the evaporation and precipitation of rocks, supersonic winds that rage over 5000 km/hr, and a magma ocean 100 km deep. 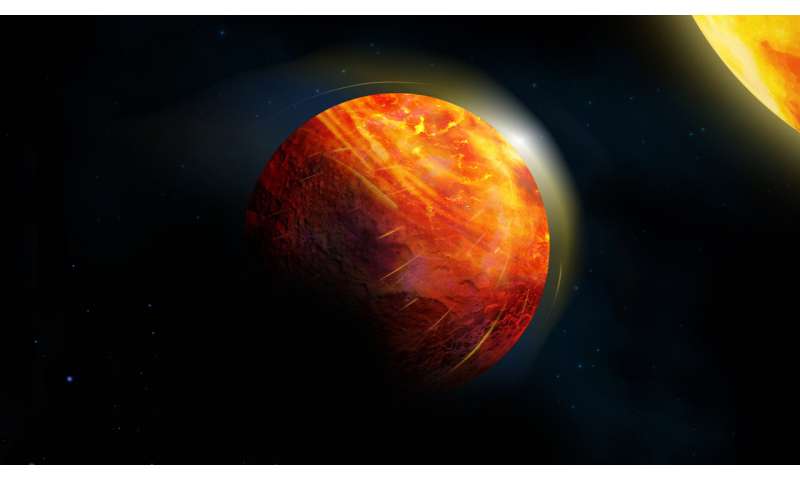 At the center of the large illuminated region there is an ocean of molten rock overlain by an atmosphere of rock vapour.

Supersonic winds blow towards the frigid and airless nightside, condensing into rock rain and snow, which sluggishly flow back to the hottest region of the magma ocean.

The night side experiences frigid temperatures of below -200 C. The day side of the exoplanet, at an estimated 3000 C, is hot enough to not only melt rocks but vaporize them as well, ultimately creating a thin atmosphere in some areas. "
_________________