A meteorite fall in 1888, a meteorite fell killed one man and injured another, records suggest.

Researchers have uncovered the earliest evidence of a person being hit and killed by a meteorite falling to Earth.

A group of Turkish researchers made the discovery while searching through Turkish state archives and they found that the event, which killed one person and injured another, occurred in what is now Sulaymaniyah, Iraq, on Aug. 22, 1888.

Re: Earliest evidence of person killed by meteorite 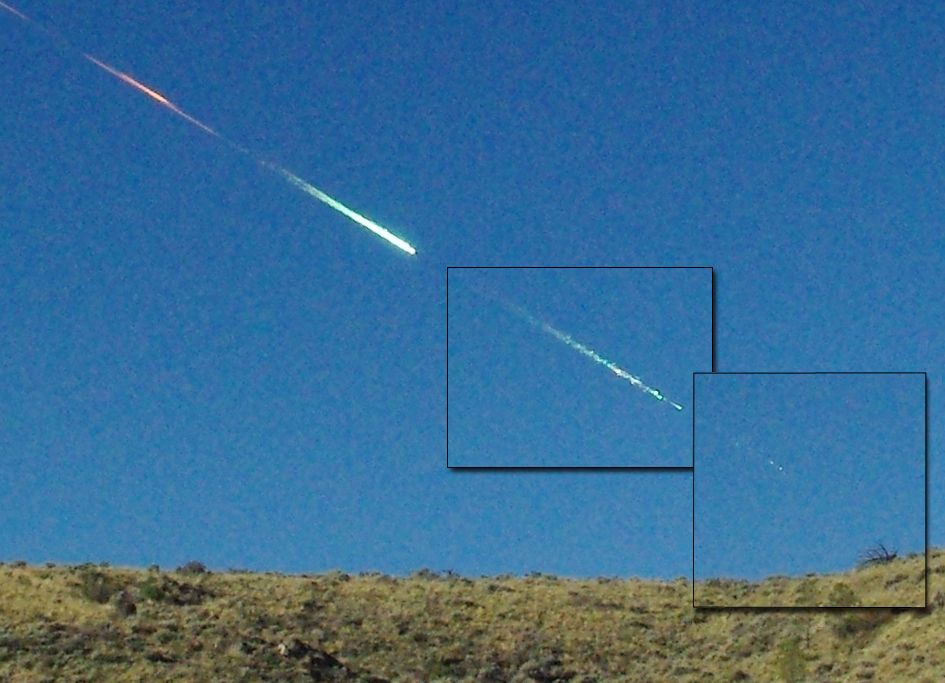 A composite image showing how the Sutter's Mill meteorite fell in California in April 2012.

In 2020, researchers uncovered evidence of what is most likely the earliest recorded incident of a person being hit and killed by a meteorite in what is now Sulaymaniyah, Iraq, on Aug. 22, 1888.

» Diamonds Trapped in Strange Meteorite Came From Solar System’s Earliest Planets
» A Shadow Person who warns me of a person soon to pass away - A few stories
» Conspiracy theorist 'killed by drug od'
» Man sells meteorite that crashed through his roof for over $1 million
» Meteorite crash-lands in woman’s bed in Canada
Current date/time is Wed May 18, 2022 5:46 pm