NGC 34 lies approximately 271 million light-years away in the constellation of Cetus.

NGC 34 is the result of a merger between two massive spiral galaxies.

“NGC 34 looks more like an otherworldly, bioluminescent creature from the deep oceans than a galaxy,” Hubble astronomers said. 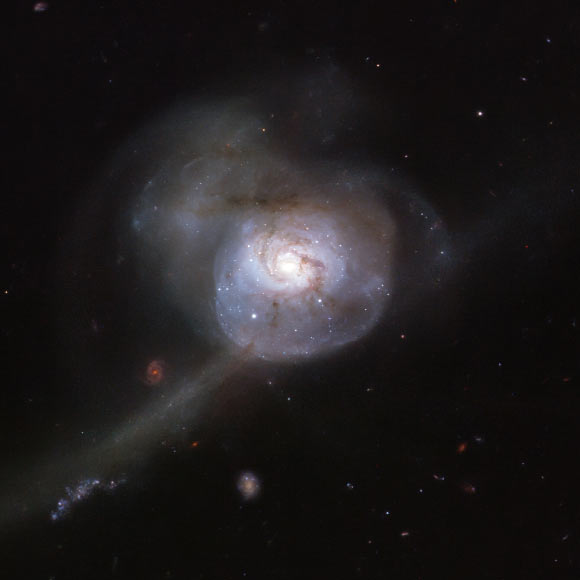 This Hubble image shows NGC 34, a spiral galaxy located 271 million light-years away in the constellation of Cetus.

This video pans over NASA/ESA Hubble Space Telescope observations of the spiral galaxy NGC 3344 that lies about 20 million light-years away.

The galaxy is seen face-on, allowing us to see its spiral arms and the bright core. Because of the many filters used to create this image — ranging from the ultraviolet to the near-infrared — the bright young stars glowing blue and the red regions of dense gas and dust are visible.
_________________