Collectively called Arp 283, the galaxy duo lies approximately 81 million light-years away in the constellation of Lynx.

It is a member of the Arp catalog of peculiar galaxies observed by the American astronomer Halton Arp in the 1960s.

“Interacting galaxies, such as these, are so named because of the influence they have on each other, which may eventually result in a merger or a unique formation,” Hubble astronomers explained.

“Already, these two galaxies have seemingly formed a sideways waterspout, with stars from NGC 2799 appearing to fall into NGC 2798 almost like drops of water.”

“Galactic mergers can take place over several hundred million to over a billion years,” they said. 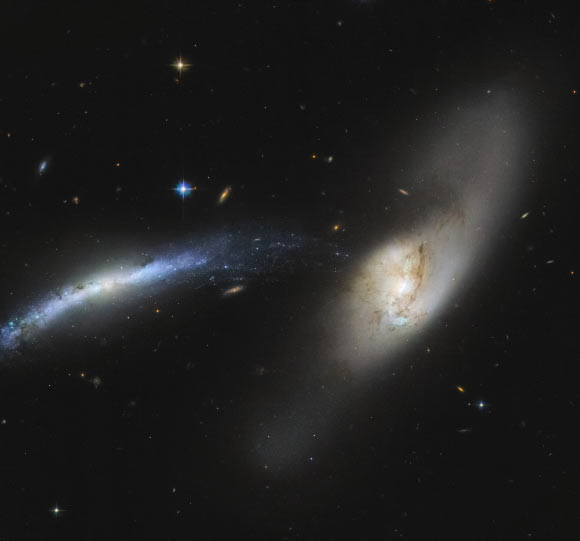 NGC 2207 is a pair of colliding spiral galaxies.

Their bright central nuclei resemble a striking set of eyes. In visible light, trails of stars and gas trace out spiral arms, stretched by the tidal pull between the galaxies.
_________________